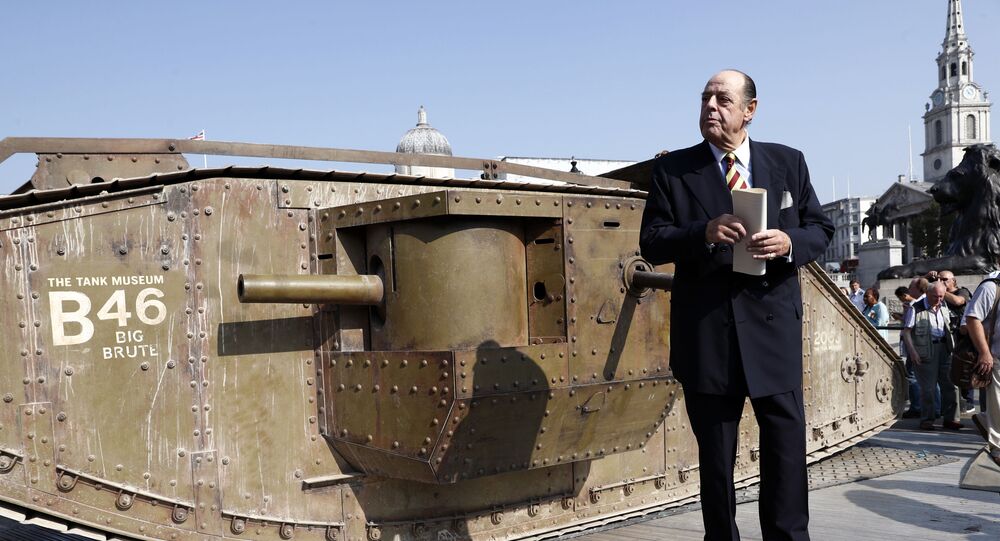 Mr Soames’ comments come on the heels of the veteran MP being kicked out of the Conservative party this week for supporting a bill that aims to see the Brexit deadline extended from October 31st until the year 2020.

The Grandson of Winston Churchill, Sir Nicholas Soames, has laid into Prime Minister Boris Johnson, saying that he is “nothing like” his fabled grandfather.

In an interview with the Times, Mr Soames declared that “Winston Churchill was like Winston Churchill because of his experiences in life. Boris Johnson's experience in life is telling a lot of porkies about the European Union in Brussels and then becoming prime minister.”

Prime Minister Johnson has in the past drawn comparisons between himself and the famed wartime Prime Minister Churchill, who many in Britain credit as a hero for commandeering the country through its war with Nazi Germany. Mr Johnson has even written a biography of Mr Churchill titled ‘The Churchill Factor: How One Man Made History.’

Mr Soames, who confessed that he cried after being informed that, after 37 years of service, he was no longer a Tory MP for his Mid-Sussex constituency, also said that, “I don't think anyone has called Boris a diplomat or statesman. He doesn’t like the House of Commons. He is engaged on this great Brexit obsession: get us out, deal or no deal, do or die. That is not Winston Churchill.”

The veteran British statesman also said that he feared Brexit was “going to end badly for my country,” and that Boris Johnson has turned the Conservative party into a “Brexit sect” that engages in “shock and awe” politics similar to those of President Donald Trump.

“I am worried about the Tory party because, give or take the odd spasm, we have always been seen as pragmatic, sensible, good at our job, sane, reasonable and having the interests of the whole country and now it is beginning to look like a Brexit sect. He [Boris Johnson] signed up to the Trump playbook - it’s ‘shock and awe’ until it all becomes normal.”

Yet, Mr Soames, well-known for his grand and articulate parliamentary speeches, also poured scorn on senior members of Boris Johnson’s cabinet, particularly the newly minted Leader of the House of Commons, Jacob Rees-Mogg, after he was pictured laying almost horizontally on the government front bench during a major Brexit debate earlier in the week.

“He [Rees-Mogg] is an absolute fraud, he is a living example of what a moderately cut double-breasted suit and a decent tie can do with an ultra-posh voice and a bit of ginger stuck up his a***. You do not behave like that as Leader of the House,” Mr Soames.

​On Brexit, Boris Johnson currently finds himself politically cornered and fast losing options after the parliamentary opposition in concert with Tory rebel MPs voted in favour of a bill intended to block a no-deal Brexit, which is soon expected to become law.

Additionally, Boris Johnson’s hopes of ramming through a no-deal Brexit by holding a general election that could have increased his numbers in parliament were also struck down when a majority of MPs voted against such a move this week. Since then however, the Prime Minister has suggested that he may be willing to break the law in order to avoid extending the October 31 deadline, saying in a letter that was reportedly sent out to Tory MPs on the evening of September 6th that, “they just passed a law that would force me to beg Brussels for an extension to the Brexit deadline. This is something I will never do.”