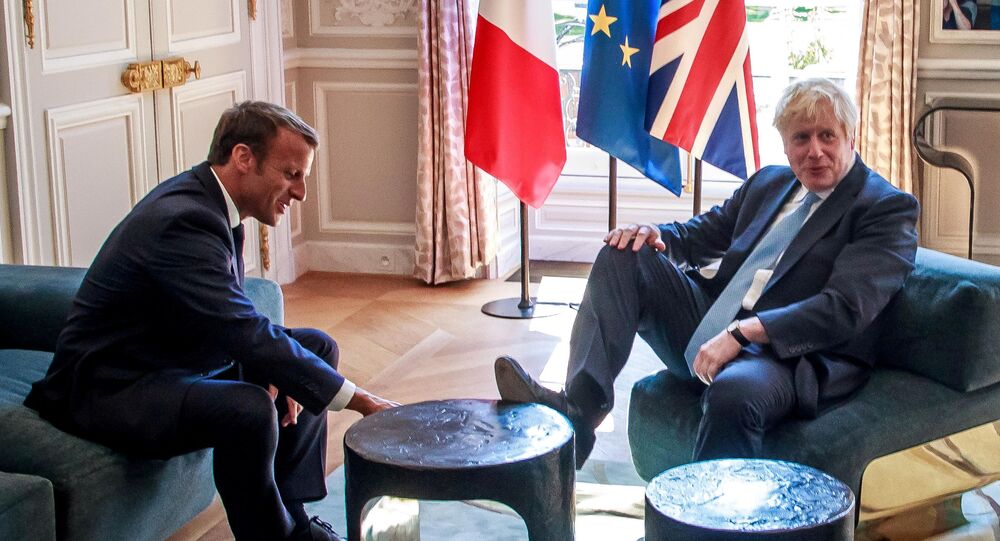 UK Prime Minister Boris Johnson has been struggling after a spate of defeats for his Brexit strategy this week, as he travelled to Scotland on Friday to campaign for a general election after opposition leaders agreed to reject his demand for a snap vote until an EU exit delay has been secured.

French President Emmanuel Macron may seek to veto another delay to Brexit due to the “deteriorating situation” in the UK, a former top French diplomat Pierre Sellal has warned.

“The situation of the UK as a member state becomes every day more awkward and strained,” Pierre Sellal said.

The former French ambassador to the EU did not rule out a French veto – if the prime minister is legally forced to request one – insisting that London had stopped short of offering “a credible acceptable alternative” to the deal it had rejected.

“Maybe what is missing today is this trust about the way your country sees its future with the European Union. In this regard, I believe that the situation has been deteriorating. It is very difficult to have the necessary trust that could justify a new examination of a new date.”

If France were to veto an extension, the UK would crash out of the EU on 31 October, unless parliament approved the divorce deal – or revoked Article 50 altogether.

UK Prime Minister Boris Johnson, however, would rather defy the law than seek another Brexit delay, he has indicated, according to a report by the Telegraph.

The prime minister said he "will not" carry out parliament's instructions to seek an Article 50 extension if he stops short of agreeing a new deal, adding he was only bound "in theory" by the law passed on Friday.

Earlier, the prime minister declared that he’d “rather be dead in a ditch” than agree to another Brexit delay.

On 6 September the House of Lords approved a bill designed to prevent the UK leaving the EU next month without a deal.

The bill has already been passed by the House of Commons and will become law within days once it gets the formality of royal assent.
The law compels Johnson to ask the EU to delay Brexit if no divorce agreement is in place by 19 October.

The UK Prime Minister has been struggling after a spate of defeats for his Brexit strategy this week, as he travelled to Scotland on Friday to drum up support among voters, with opposition leaders locked in talks over how to prevent a no-deal Brexit on 31 October.

The UK Government will make a fresh attempt to call an early election on 9 September, after a first failed bid to win the backing of MPs for an election on 15 October.