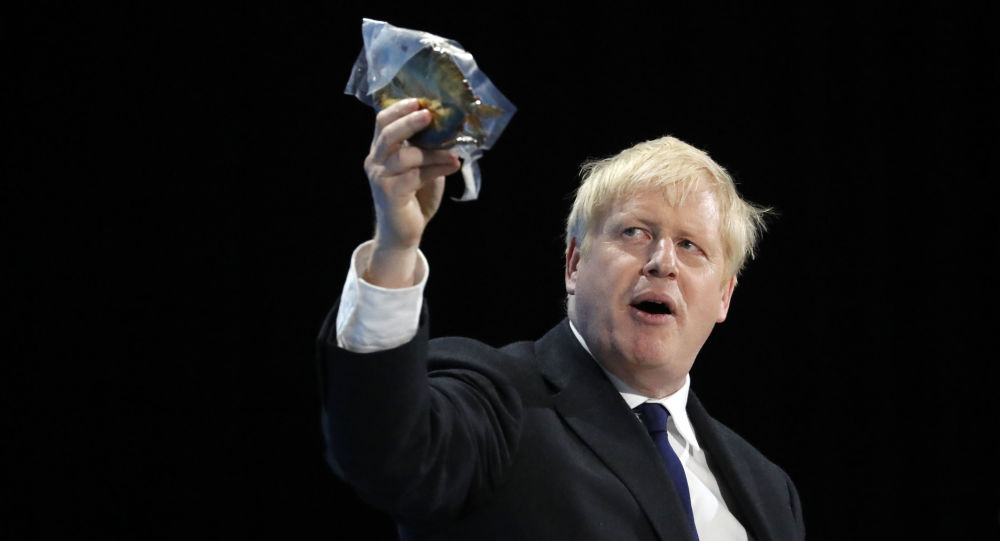 The news comes after Labour and the Scottish National Party have reportedly agreed to "let the Tories unravel" in a pact. The Prime Minister is also expected to visit the Queen's summer residence at Balmoral Castle in northeast Scotland.

UK prime minister Boris Johnson travelled to Scotland on Friday to campaign for a general election despite failing to trigger one in Commons on Wednesday, following a wave of resignations from MPs, including his brother Jo Johnson, over his Brexit strategy.

Labour party and opposition leader, Jeremy Corbyn, is allegedly in talks with the SNP leader and Scottish First Minister, Nicola Sturgeon, to block the Prime Minister's general election bid, which Johnson aims to trigger on 19 or 29 October, according to a source cited by Bloomberg.

Mr Corbyn has gathered talks with opposition parties across Commons for future negotiations on Friday, Labour said in a statement, and later agreed on Friday with his coalition not to back the Prime Minister's bid for snap elections before the EU summit, UK media confirmed.

The coalition also stated that it would either vote against or abstain from voting on the Prime Minister's proposal to call early elections on 17 October.

But PM Boris Johnson said as quoted by the BBC that he was "perplexed" by the opposition's decision.

"We should be so much more positive about the UK and what we can do. All I see is Jeremy Corbyn, the SNP, clubbing together to try to lock us into the EU when it's time to get this thing done," the Prime Minister said.

He added: "I'm looking forward to a Britain where we no longer wrangle about how exactly we're going to come out of the European Union. I want to be leading a country where we're building a fantastic new partnership with our friends over the channel, where we're doing free trade deals around the world, where we're driving forward all the ways in which this country leads.

The British Prime Minister began his by visiting Aberdeenshire, where he inspected a fishing trawler in Peterhead.

But Mr Johnson's negotiating skills came under scrutiny after he overpaid for a box of cod at a local fish market. The PM was at the Peterhead Fish Market alongside Scottish secretary Alister Jack to speak with people form the fishing and agricultural industry.

No 10 allegedly paid £185 for the box of cod after entering a heated bidding war for the prized item, but when asked if it was a good price, CEO of the fish market, Simon Berbner, said: “If you’re selling, it’s a great price. If you’re buying, maybe it’s a little high".

He added: “It depends on supply and demand, but on Fridays you get good prices.

The British Prime Minister then left his catch at the Peterhead Market and placed his ticket in the box.

PM Johnson has had one victory after the High Court rejected a legal dispute over his motion to prorogue parliament, but the case is expected to proceed to the Supreme Court.

The case was launched by Remainer campaigner Gina Miller and backed by former UK prime minister John Major. Three cases have been lodged against PM Johnson since his decision to prorogue Parliament for up to five weeks leading up to a Queen's speech on 14 October.

Gina Miller responded in a statement that she was "disappointed with the judgement today" and that the group of plaintiffs felt "strongly" that parliamentary sovereignty was "fundamental to the stability and futurem" of the UK, adding that it was "worth fighting to defend".

She added: "As our politics becomes more chaotic on a daily basis, the more vital it is that parliament is sitting. We are therefore pleased that the judges have given permission to appeal to the Supreme Court on the grounds that our case has merit.

She said that the case was not expected to be heard until 17 September, adding that it was not right that Parliament "should be bullied or shut down – especially at this most momentous of times in the history of our United Kingdom”.

Latest on the Boris's Brexit Crisis

The House of Lords has been debating on the Hilary Bill, legislation tabled to force the Prime Minister to seek a three-month extension from the EU if he fails to agree on a deal with Brussels at an upcoming summit on 17 to 18 October.

The bill will go from the Upper House back to Commons, where MPs are expected to approve the bill to forward to the Queen for Royal Ascent into law on Monday. But Prime Minister Johnson has vowed to have the UK leave the European Union by 31 October, 'come what may', and that he would "rather be dead in a ditch" than to agree to an extension with Brussels.

Following a heated session of Prime Minister's Questions on Wednesday, where Mr Johnson unleashed a flurry of insults at the Labour leader, No 10 suffered a historic defeat after Commons voted 298 to 56 in favour of snap elections, well below the 434 required to trigger a race to the polls. Several resignations have also ensued over the PM's decision to suspend Parliament, including Boris Johnson's brother, Jo Johnson, as well as Scottish Tory leader Ruth Davidson and Chief Whip, Lord George Young.