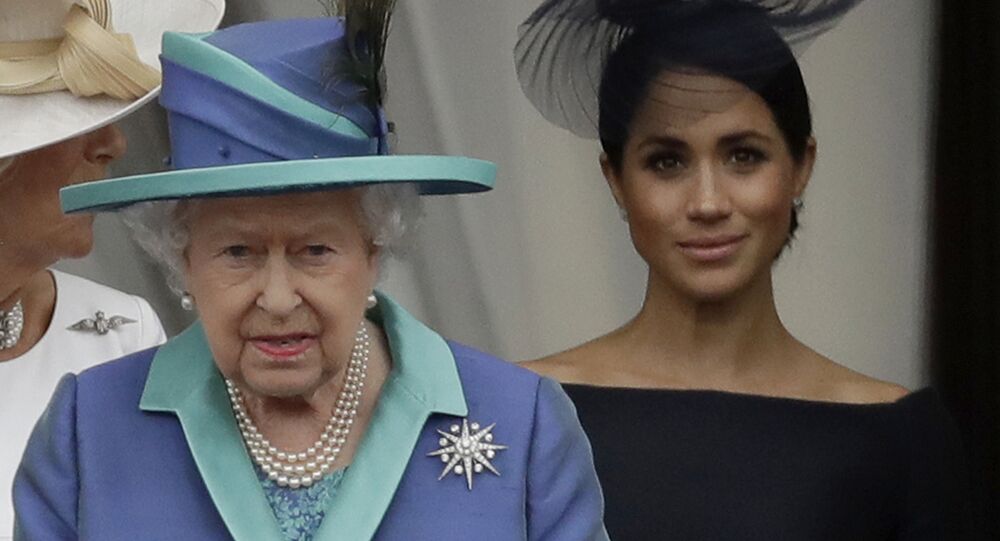 The Duke and Duchess of Sussex have reportedly informed Harry’s royal grandmother that their baby Archie, born in May, is too small for the trip. This is at odds with their recent trips to the continent by private jet, considered more damaging for the environment than scheduled flights, prompting debates as some accused the eco-woke couple of hypocrisy.

Actress-turned royal Meghan Markle and Prince Harry have declined Her Majesty’s invitation to spend some time in her renowned estate in Scotland, Balmoral, where she spends summer holidays, The Sun reports. According to the outlet, the couple refused to go, feeling their four-month-old Archie was too young. The royal grandmother was disappointed, an insider suggests.

“Harry and Meghan had no plans to go to Balmoral this summer as they felt Archie was too young. It’s a bit odd, as his age didn’t stop them taking him to Ibiza for a week and then to see Elton John in France”, an unnamed source told the outlet.

The insider noted it is “all very hunting, shooting, fishing up at Balmoral” and suggested that this could “put Meghan off”, adding she had not been there yet. Last year, the couple did not go as the Duchess was in the early stages of pregnancy, according to the report. But this year’s visit is said to be “widely expected”. The “privacy card”, used to explain the new parents’ trips by private jets, cannot be played as well, as The Sun’s source suggested.

“If they want privacy or protection — which was Harry’s excuse for taking private jets — there is no more protected or private holiday destination than the Queen’s Scottish home”, the insider told the outlet, which noted that Kate and William stuck to the tradition and flew to Balmoral with their kids last month on a budget Flybe flight.

Prince Harry had to explain that he "occasionally" took private jet flights to ensure the safety of his family, while speaking about the launch of his new environmental initiative “Travalyst” in Amsterdam following backlash over their taking four private jets instead of commercial flights in 11 days while travelling to Ibiza and to Sir Elton John's home in Nice.

"Occasionally, there needs to be an opportunity based on a unique circumstance to ensure that my family are safe. It's genuinely as simple as that”, said the Duke of Sussex, adding that he "always" offsets his CO2 emissions.

This controversy followed other speculations, including rumours about their rift with Prince William and his wife Catherine, or the Duchess’s relations with her father. It has turned public opinion against the American-born royal, the media earlier suggested. Markle even hired the prominent American crisis management firm Sunshine Sachs, which is known for its “dark arts of public relations” and has even worked with disgraced celebrities, like producer Harvey Weinstein, The Sun reported this week.