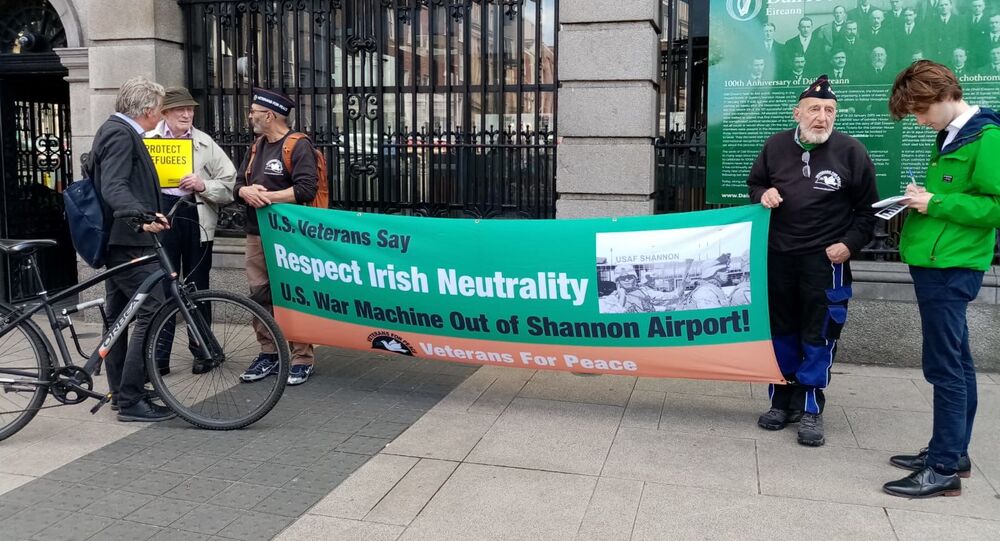 With US Vice President Mike Pence visiting Dublin today after having flown in from Shannon airport in the west of Ireland, where he began his tour of the country, a relatively small but vocal group of protesters gathered outside the Dai Eirann parliamentary building to vent their discontent against his presence in the city.

While the majority of the participants were liberal anti-racism, pro-abortion and pro-LGBT activists from the local area, they were interestingly joined by two former military personnel, who displayed a banner calling on Washington to respect Ireland’s sovereign decision on conflicts.

The pair; made up of a former US paratrooper and major in the Marines respectively, explained why they felt compelled to demonstrate against their own country’s vice president.

“I’m a former US paratrooper, and the man over there holding the other end of the banner is a former major in the US marines and we object to the US use of Shannon airport to wage war in the Middle East, since 2001 they’ve sent three million troops over there.” 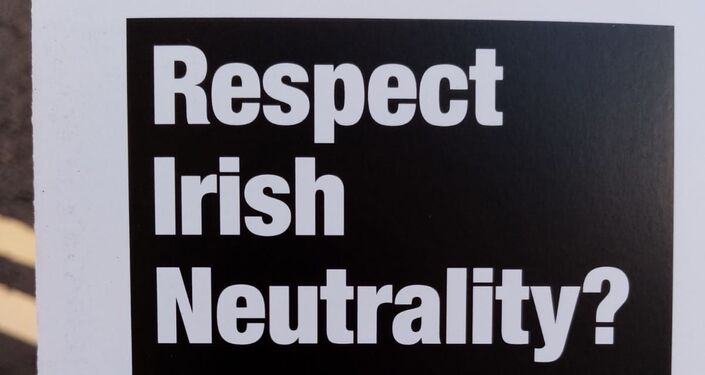 Their anti-war activism under the slogan "Respect Irish Neutrality" has, however, landed them in trouble with the authorities.

“We were arrested at Shannon Airport on St Patrick’s Day over five months ago, for being out on the airfield and for doing something that the Irish government is supposed to do, which is inspect the planes for weapons.”

“We knew that there were troops and weapons on this particular plane that day and that’s why we went out there, so we could expose that and since then our passports have been confiscated and we can’t go home so that’s why we are here.”

Although Trump came to power on a platform of de-escalating foreign wars, his administration has not rushed to withdraw US forces from numerous hotspots despite the president's vocal desire to do so.

“We are here protesting today because we totally object to the reign of Trump and Pence, we think they are both horrible in every way you can think of, but especially including the destruction of the environment.”

“Trump is doing more than anybody else, and we have had a whole series of Presidents before who haven’t been great on environmental issues, but Trump is the worst, and right now the US is waging war in over fourteen countries, people are dying, children are dying right this moment, because of US sanctions and US war mongering, and that’s why I am here, because that’s what Trump and Pence represent,” the vets claimed.