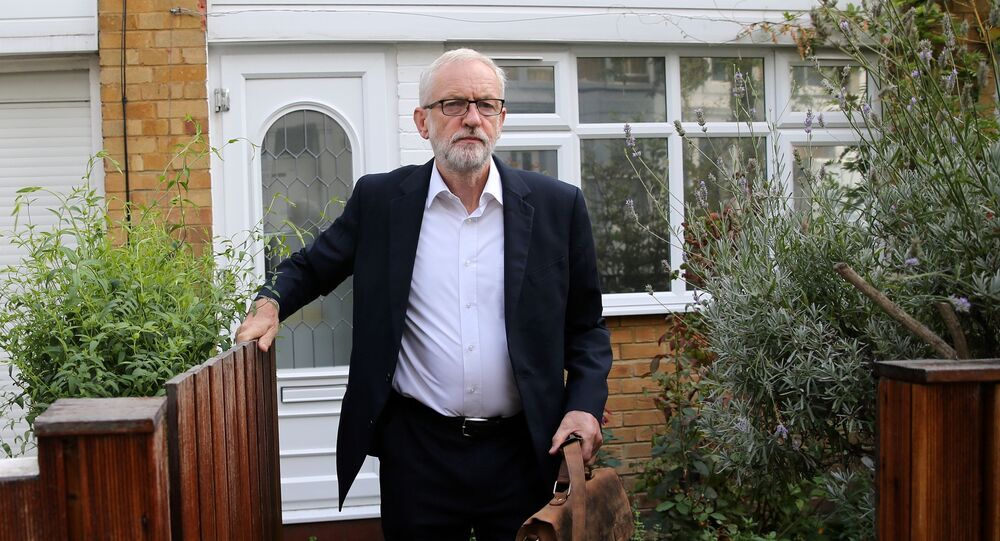 The news comes after the Labour leader called a meeting of opposition parties on Tuesday, stating that he was confident that his move to take control of Parliament would be successful in stopping the UK from withdrawing from the European Union without striking a deal with Brussels.

"We are confident that the legislative route we have adopted has every chance of being successful, and we are working on ways in which we can prevent Boris Johnson manipulating an election to force a no deal Brexit," Mr Corbyn said in a press statement.

Today I met again with opposition parties as Labour works across Parliament to prevent a disastrous No Deal Brexit. pic.twitter.com/Qd33jAWQNU

Labour wanted to prevent a no deal Brexit and have a general election to "end austerity and invest in our communities", Mr Corbyn added.

"I am confident we can have both, and we've been in discussions about a way to achieve this," he said.

The latest developments come after the British Prime Minister urged Tory colleagues not to vote to block a no-deal Brexit whilst issuing threats to expel and deselect any Conservative MPs attempting to do so.

Mr Johnson announced that he would prorogue Parliament using a Queen's Speech on 14 October, with rumoured snap elections set to take place by 14 October should Commons vote to table legislation to block a hard Brexit, according to UK reports.

The PM's decision to suspend parliament sparked backlash and protests across the country, with the largest demonstrations taking place outside 10 Downing Street on Saturday, in addition to resignations from Scottish Conservative leader Ruth Davidson and Chief Whip, Lord George Young, on 29 August. Tory MP Justine Greening also told the BBC on Tuesday that she would resign following a general election.

‘I hope he will honour that pledge’

Several Conservative MPs, including former Defence minister Guto Bebb and former Chancellor Philip Hammond, joined Mr Corbyn and Labour shadow Brexit secretary Keir Starmer's coalition of opposition parties in an effort to stop Brexit and issue a delay to triggering Article 50, who are expected to table a motion which will be voted on at 22:00 GMT on Tuesday.