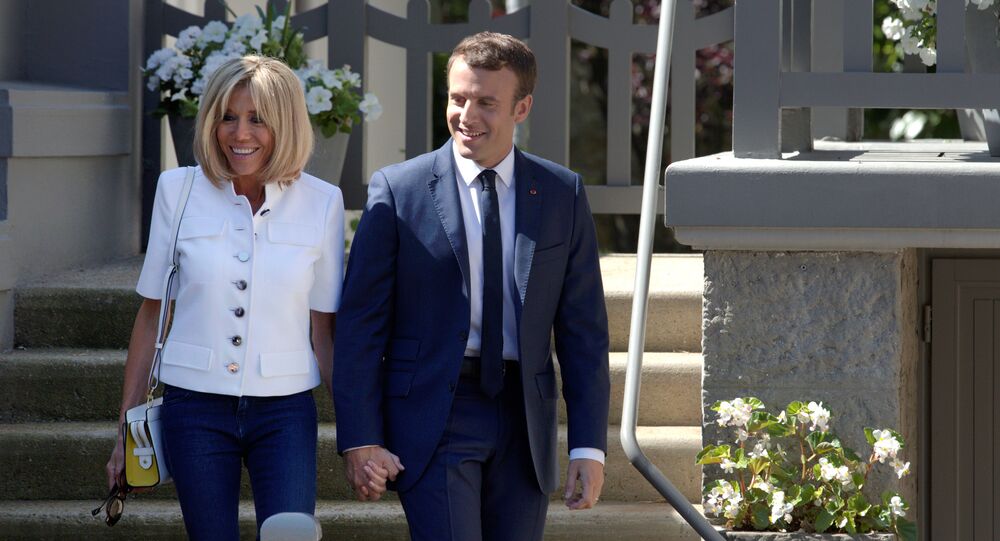 Geneviève de Fontenay, the former boss of the Miss France beauty pageant, has claimed on TV that she does not hesitate to send texts to French President Emmanuel Macron if she's annoyed at something he does. He has yet to respond to her comments.

Geneviève de Fontenay told the channel Non Stop People Monday that she had obtained the phone number of French President Emmanuel Macron back in 2017, and frequently texts him.

Speaking with TV host Jordan De Luxe, the former boss of Miss France claimed that Macron answers "whenever he wants", and showed one message that he allegedly responded to.

The 87-year-old gave her smartphone to De Luxe to show the purported exchange where she was challenging Macron's decision to award the national football team, winners of the 2018 World Cup, with the Legion of Honour, the highest French order of merit.

Fontenay ended the texts with a jibe at France's first lady: "Let Brigitte shut up!", while the responder, named "EM", replied: "Stop your obsession with football players, it's ridiculous".

While the Elysee has yet to comment on de Fontenay's claims, this is not the first time that she's alleged to be texting with Macron.

"I knew some presidents of the Republic, but he was the first to give me his cellphone. His number has not changed since his election. I talk to him regularly via SMS. I call him Emmanuel. I bring up with him all the current affairs, such as the housing tax, the non-taxation of the rich...", she told Journal du Centre in March.