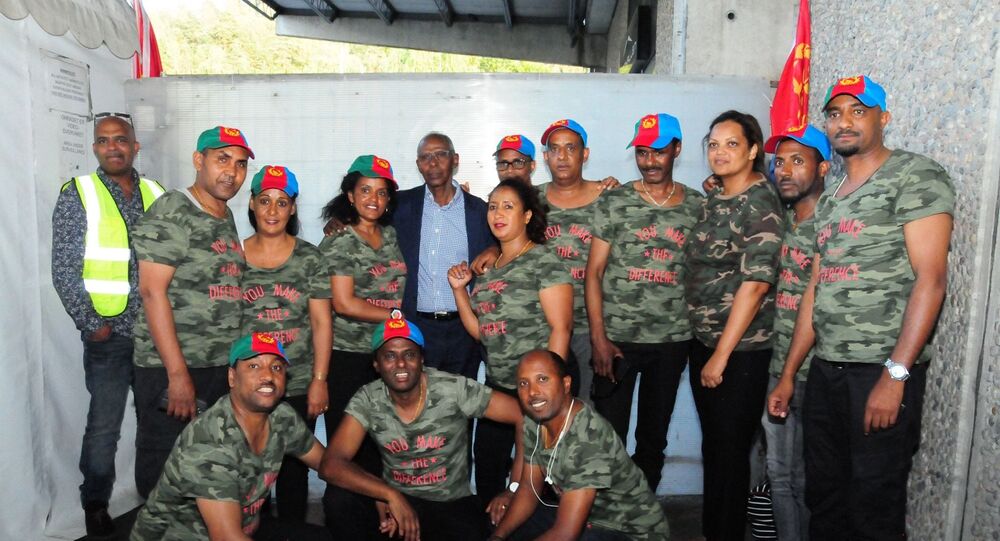 The phenomenon of Eritreans celebrating the regime they have fled from is familiar in other European countries, experts say.

Dozens of Norwegian Eritreans have attended a party arranged by the Eritrean regime and celebrated the 25th anniversary of compulsory military service, which is the main reason why many Eritreans were granted asylum in the first place.

The party celebrated the 25th anniversary of the introduction of Eritrean national service and the establishment of the SAWA Training Defence Centre, national broadcaster NRK reported. It was held at Bryn Event Hall in Oslo and featured Yemane Gebreab, the Eritrean president's closest adviser, referred to as “number two” in the East African country.

In photos and videos from the party, widely shared on social media, many of the participants are seen wearing military-like camouflage T-shirts and waving Eritrean flags. Many are seen taking selfies with Gebreab.

The sheer popularity of the event raised eyebrows, as Eritrea's mandatory military service is one of the most often cited reasons in asylum requests from Eritreans.

Woldab Feshatzion, the leader of Eritrean Community Association in Norway, called the attendees “cohorts of the regime”.

“Many of them have fled this regime. To me, it shows that they are not real asylum seekers, and have been allowed to stay on a false basis”, Feshatzion complained to national broadcaster NRK. According to him, this “undermines the asylum system”, as they occupy places that could have been vacant for “real asylum seekers” and called the Norwegian authorities' powerlessness to stop it “disappointing”.

Kjetil Tronvoll, a professor of peace/conflict studies at Bjørknes University College and Director of Oslo Analytica, seen as one of Europe's foremost experts on Eritrea, suggested that the party had gathered a “motley crew” of people, but confirmed that some of the attendees had directly fled from the Eritrean regime. According to him, the phenomenon of Eritreans celebrating the regime they have fled from is known in other European countries.

“Yes, it's paradoxical. Some come along because they want a community. Some join because they feel social pressure to line up. And some people celebrate the regime, because they are regime supporters, even though they have been granted asylum on the grounds of fleeing the regime”, Tronvoll explained.

Eritrea's national service is mandatory for all citizens, it lasts for 18 months and includes civilian tasks as well. For instance, servicemen are widely used as supplemental manpower in the country's agricultural fields.

It is one of the most-often cited asylum reasons. According to Tronvoll, up to 25 percent of the population has left Eritrea, a nation of 5 million, since 2001.

Norway has a substantial Eritrean diaspora of 22,000, most of whom arrived after 2001.