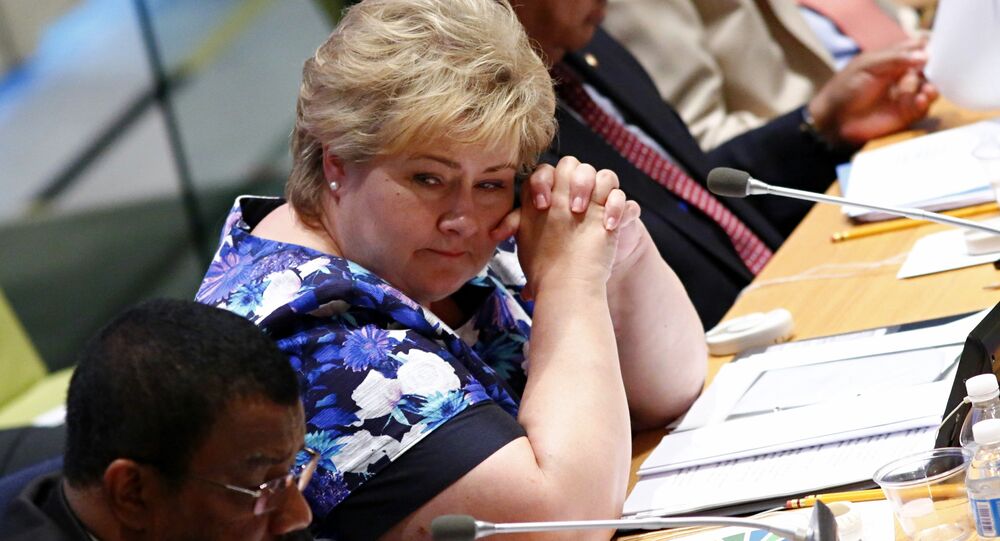 By contrast, right-wing Progress Party leader Siv Jensen has suggested that the refusal to shake hands is tantamount to secret Islamisation.

Erna Solberg and Siv Jensen, the leaders of Norway's ruling parties, the Conservatives and the Progress Party, have turned out not to see eye to eye with each other on the role of Islam in their country.

Progress Party leader Siv Jensen believes it is secret Islamisation when Norwegians refuse to shake hands with people of the opposite sex.

Jensen highlighted a recent episode when women in the terror-stricken Al-Noor mosque in Bærum rejected the outstretched hand of Crown Prince Haakon, who came to express his support.

“In Norway, men and women shake hands with each other, period. Trying to create acceptance so as not to greet women in Norway is not to show understanding, it is gender equality in reverse. This is essentially what I mean when I talk about secret Islamisation. That we are indirectly or directly adapting ourselves to religious special requirements in the name of understanding”, Jensen wrote in an opinion piece in Verdens Gang.

Prime Minister and Conservative leader Erna Solberg came with a rebuttal during her election speech in Tromsø.

“I believe secret Islamisation is a bad concept simply because it does not exist in our society”, Solberg told Verdens Gang.

However, she also suggested that people in workplaces “should shake hands, and not create this kind of barrier”. At the same time, though, she expressed understanding for people who come to visit from other countries, such as Iranian Foreign Minister Mohammad Javad Zarif.

“I made no attempt to shake hands with him. I think we should devote our diplomatic efforts to other things than that”, Solberg said, suggesting there were more important issues than shaking hands.

At 25.0 and 15.2 percent of the vote, the Conservatives and the Progress Party are key parts to the ruling centre-right “blue” bloc.

The perceived Islamisation of Norway has been one of the talking points of Progress Party leader Siv Jensen for about a decade.

Norway's Islamic community has been growing exponentially over the past few decades. The number of Muslims in Norway was first registered in official statistics in 1980, when it was given as 1,006. At present, Muslims are estimated to constitute 5.7 percent of Norway's population of 5.2 million.