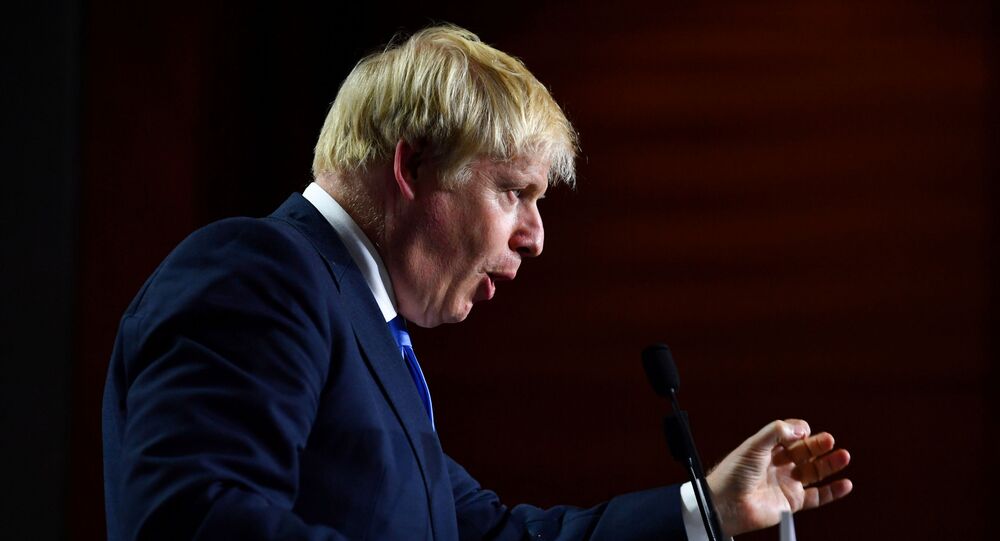 The British Parliament is to rush a bill preventing Prime Minister Boris Johnson from leaving the EU on 31 October without a deal, with even lawmakers within his own Conservative Party supporting the legislation, despite Johnson’s warning that he would respond to any defeat by calling an early election.

Members of Johnson's own Conservative Party are preparing to join opposition lawmakers on Tuesday's initial vote to try to force a delay in Britain's exit from the European Union if he cannot secure a divorce deal with Brussels in the next few weeks.

If they win an initial vote, Johnson has threatened to call a snap election for 14 October in a bid to strengthen his hand, a senior government official said, cited by AP. The legislation would then require the prime minister to ask the EU for a three-month extension of Article 50, until 31 January.

Tory rebels - who include former ministers and prominent backbenchers - have been warned that those who support the legislation published by Labour MP Hilary Benn earlier on Monday would face being expelled from the party and deselected.

But leading figures, including ex-Justice Secretary David Gauke, have insisted that despite the threat, they will press ahead and - in their words - put the "national interest" ahead of their own. Supporters of the bill argued it still provided the government with “sufficient time to carry out a genuine and sincere negotiation”.

In a defiant statement by Downing Street on Monday evening, Johnson refused to change course, adding the chances of striking a deal with Brussels "have been rising" ahead of a summit of EU leaders on 17-18 October.

But he attributed this to his tough stance, saying a vote by MPs to delay Brexit would "chop the legs out from under the UK position".

"I want everybody to know - there are no circumstances in which I will ask Brussels to delay", he said.

If the bill fails, Labour leader Jeremy Corbyn said his party could back a vote of no-confidence in Johnson's government, which could lead to a general election.

Johnson made his own threat to call a poll at an emergency cabinet meeting on Monday evening, a government official said, noting that Johnson had insisted that the election was something "I don't want and you don't want".

D. William Norris, a political commentator and former college lecturer, told Sputnik that “an October General Election is far from inevitable although not impossible".

“When Johnson insisted he does not want an election, I believe him. His strength at the moment in the country and in the polls relies very much on his ability to get Britain out of the EU by the end of October. Should he fail, his position would be precarious", he said, adding that the Labour Party does not appear to be keen on an election but rather on drawing journalists’ attention instead.

However, he noted, Johnson is partially responsible for the current crisis among the Conservatives since he had mistreated the rebels since Philip Hammond wrote a letter to the prime minister calling on him to publish the UK’s proposals on changes to the Brexit Withdrawal Agreement before Parliament returns on Tuesday.

“As yet Boris Johnson appears to have hardly put a foot wrong. Was it a mistake to cancel the meeting, perhaps he knows something we do not? How he will respond to Hammond’s letter, we shall have to wait and see", he said.