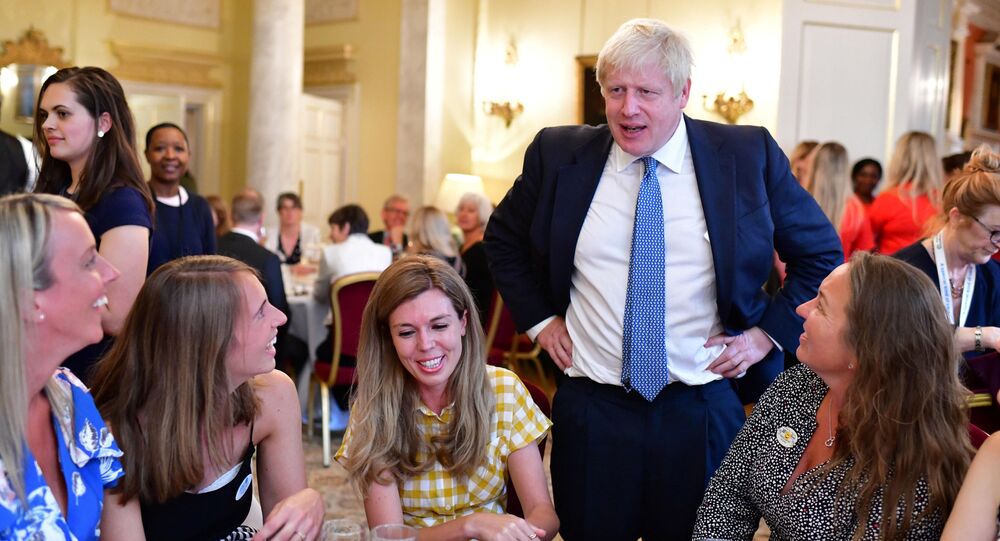 UK Prime Minister Boris Johnson has delivered a statement outside Number 10 Downing Street as lawmakers who oppose the PM’s Brexit plans are seeking to push for yet another deadline extension for the country's withdrawal from the European Union.

UK Conservative MPs have been captured in a video gathered for drinks at Downing Street, as Boris Johnson makes a statement about the choices that the lawmakers are facing in the following week.

The BBC has shared a video of lawmakers casually having drinks in the backyard garden of Number 10 Downing Street amid the prime minister struggling to deliver Brexit by 31 October.

Conservative MPs gather for drinks at Downing Street, as Boris Johnson prepares to make a statement about the choices they face in the week ahead

​"Meanwhile, Conservative MPs having a jolly good time drinking wine in the garden of Downing Street", Charlie Proctor, editor-in-chief of the Royal Central, said on Twitter.

​The United Kingdom voted to leave the European Union in 2016. After former Prime Minister Theresa May failed to come up with an acceptable plan to leave the bloc by 29 March of this year, the deadline was moved to 31 October.

In late July, Johnson, an avid advocate of Brexit, assumed the leadership of the Conservative Party and promised to deliver the divorce by 31 October by any means necessary.