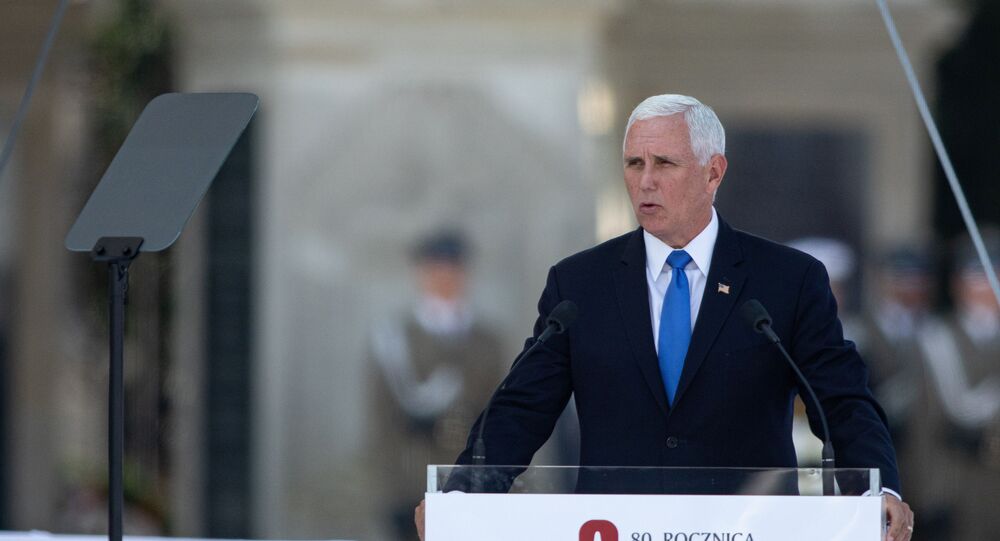 WARSAW (Sputnik) - Several members of Poland's anti-fascist movement have been detained in Warsaw as they were protesting against the participation of US officials in the events commemorating the 80th anniversary of the beginning of the WWII.

A few dozens of activists from the Student Anti-Fascist movement gathered near the Nicolaus Copernicus Monument to protest against an invitation Poland had extended to US President Donald Trump and US Vice President Mike Pence for the commemoration events. While Trump cancelled his visit, Pence arrived in the Polish capital in the morning.

Protesters said that the demonstration was motivated by what they claimed were regular violations of human rights on the part of the United States.

Shortly after, the anti-fascists were joined by anarchists in an unauthorized march toward the presidential palace. They were carrying placards with slogans "Vice-Trump [Mike Pence], out!," "Poland was and will be against fascism," and "No war, no fascism, no concentration camps."

​The police have stopped the marching column by using force and detaining a few demonstrators.

Today, Poland is commemorating the beginning of WWII. Warsaw has invited its allies from the European Union, the Eastern Partnership and the North Atlantic Treaty Organization, including Germany, but has decided to leave Russia out, prompting criticism from Russian officials.