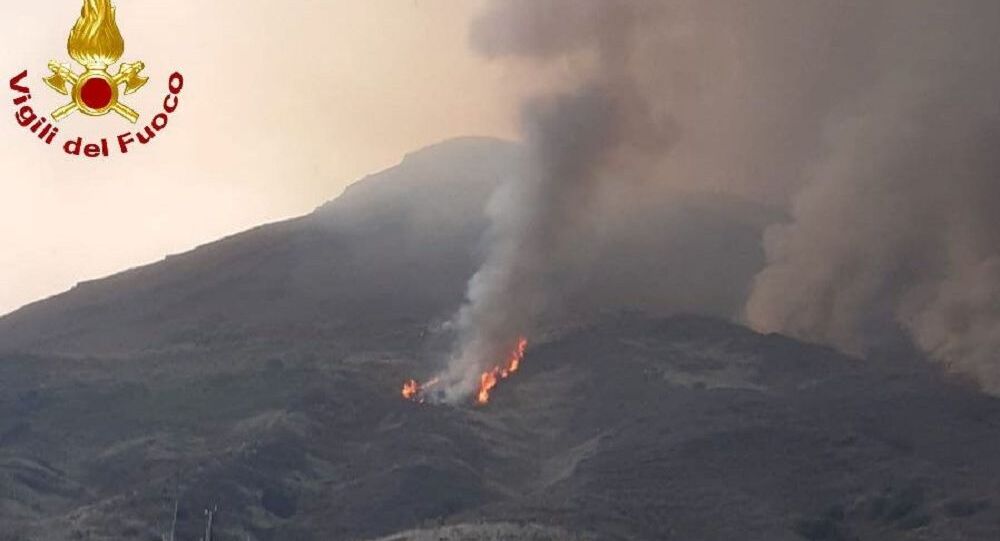 ROME (Sputnik) – The Stromboli volcano, located on an island of the same name in the Tyrrhenian Sea in the south of Italy, had erupted for the second time this week.

Island residents said that around 10:45 p.m. (20:45 GMT) on Friday, a strong explosion was heard, after which the volcano spewed a column of ash and dust. Two smaller blasts were heard later on the same day.

Lava is actively flowing down the volcano’s western slope. Witnesses say the lava can be seen several miles away from the volcano.

Italy’s self-defence forces said they had contacted Stromboli authorities, adding that they had not received any information about casualties or damages caused by the eruption. Authorities said that the situation on the island was under their control.

Wednesday’s eruption caused panic among local residents and tourists, most of whom left the island.

Stromboli previously erupted on 3 July, killing one and injuring another.

The frequency of Stromboli's vulcanism, active for the past 20,000 years, has been registered the highest this summer.