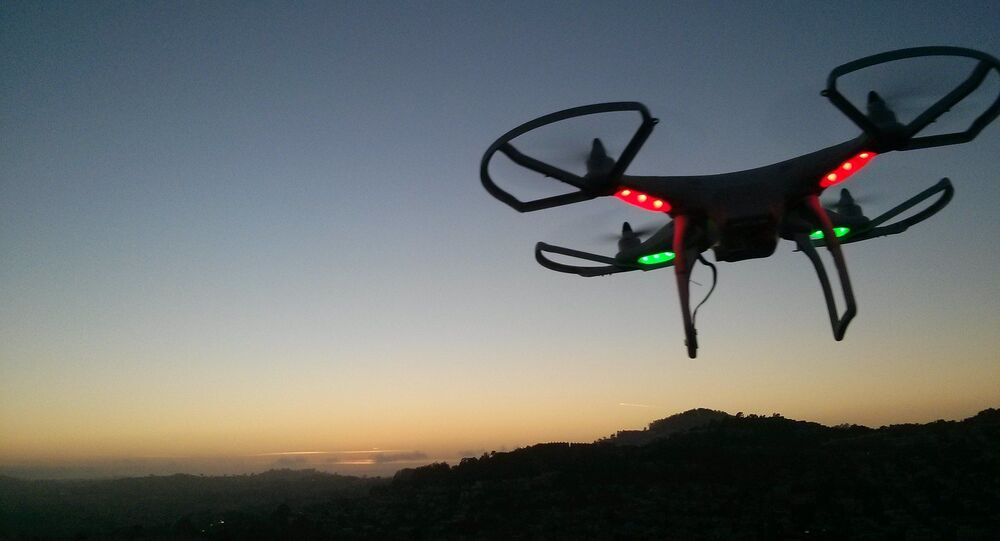 The uncontrolled use of drones has already caused major problems for the UK's two biggest airports, Heathrow and Gatwick. The latter's operations were even disrupted for three consecutive days ahead of Christmas last December.

An unnamed Airbus A320 airliner, capable of carrying up to around 180 passengers, nearly collided with an unidentified "dark coloured drone" on 28 April 2019 as it was conducting the final stages of landing at the Gatwick Airport near London, a report by UK Airprox Board (UKAB) indicates.

The potentially dangerous situation was avoided due to the pilot's actions, who diverted the jet using a 5-8° bank to the right of the drone, a rather significant manoeuvre for a civilian airliner. However, the UKAB classified the incident as a "medium" risk.

"The Board considered that the pilot’s overall account of the incident portrayed a situation where although safety had been reduced, avoiding action was able to be taken", the report says.

The UKAB also notes that the encounter took place at an altitude of around 1700 feet (518 metres), meaning the drone was flying above the allowed ceiling of 400 feet (122 metres). The unidentified drone was also flying within controlled airspace, thus endangering other jets, the report indicates.

There have been numerous incidents with jets encountering civilian drones in the air, though most such encounters didn't pose any threat to the aircraft and their passengers. However, the presence of drones in airports' airspace does pose a significant danger. Ahead of Christmas 2018 drones disrupted operations at Gatwick, the UK’s second largest airport, for 3 days in row, leaving 140,000 passengers from around 1,000 flights stranded.

The incident was repeated days later at Heathrow Airport on 24 December. A person, who allegedly controlled the unmanned aircraft was later found and charged, while airports announced the acquisition of equipment to counter drones entering controlled airspace. Gatwick alone intended to spend £5,000,000 ($6,100,000) million for this purpose.