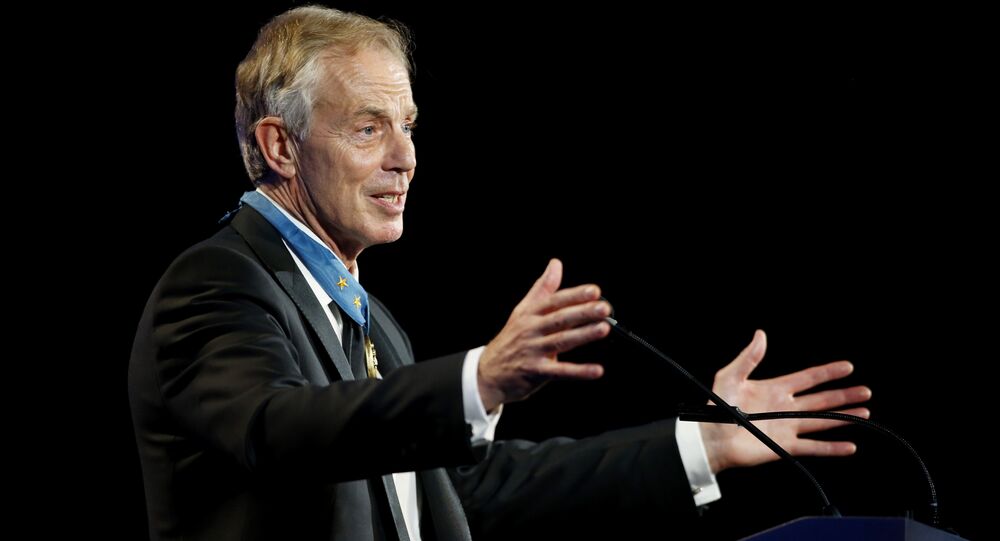 The UK government, public agencies, and security services have been taking measures to stem right-wing extremist violence, while action against groups that don’t necessarily incite violence but spread hateful ideas has been limited.

The organisation is slated to release two new reports on Wednesday, seeking to ignite a debate around the platforming of right-wing groups that fall short of advocating violence, but “stir up hatred and promote a vile ideology” in the UK media.

The Tony Blair Institute for Global Change report said the new legislation could sit alongside existing powers that ban groups linked to terrorism, but would rather serve to “designate” hate groups as organisations that spread intolerance and antipathy towards people of a different race, religion, gender or nationality.

In this way, the new legislation would allow for hate groups to be apprehended before they turn to violence.

Charges related to being designated as a hate group should be treated as civil, rather than criminal offences, the think tank advises.

One of the reports, Narratives of Hate: The Spectrum of Far-Right Worldviews in the UK, looked at four right-wing activist groups – Generation Identity, Britain First, For Britain and the British National Party, finding a similarity between their messages and the manifestos of Norwegian terrorist Anders Breivik and Christchurch mosque terrorist Brenton Tarrant.

Victimisation, fundamental conflict between the West and Islam, anti-establishment sentiment, and the justification of violence were all found in social media statements by the four UK groups and in statements by Breivik.

Azmina Siddique, a policy adviser at the Tony Blair Institute, said one recommendation would request the Home Office to define a new classification for “hate groups” who pushed extremist ideas demonising minority groups, so that their UK media appearances would be limited.

“These groups present themselves as legitimate spokespeople for broader communities; you see this with Islamist groups as well. There's one thing about having a free and fair debate and giving people representation, and then there's over-emphasising how much influence they have", said Siddique.

Since the UK security services and the government officially acknowledged the threat of violent and non-violent right-wing extremism in the country, MI5 took over from the police in handling the issue in 2018.

Earlier, in 2016, the National Action group became the first to be proscribed in the UK, with then home secretary, Amber Rudd claiming the group “stirs up hatred, glorifies violence and promotes a vile ideology”.

The authors acknowledge that the issue of designating "hate groups" is contentious and measures would have to be taken to safeguard free speech.