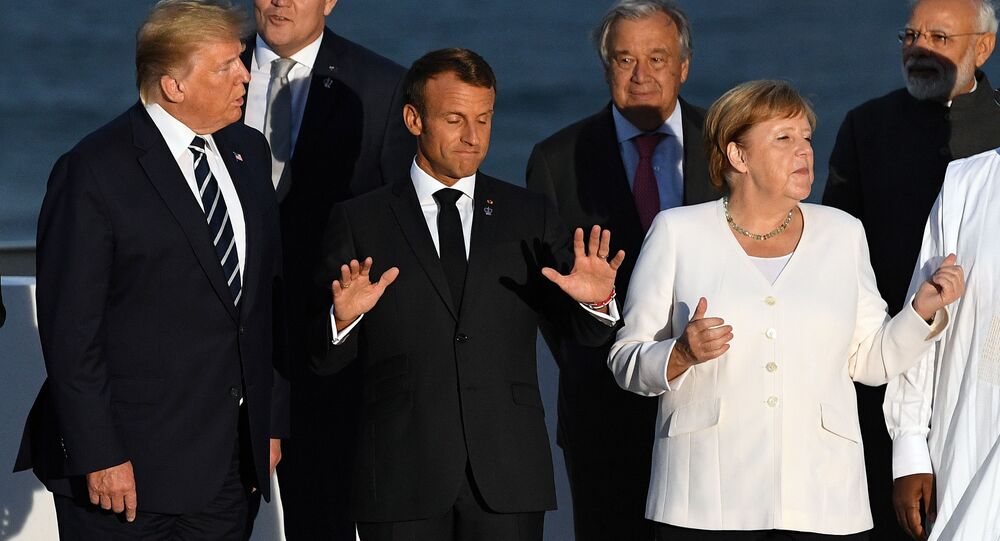 The G7 leaders closed the second day of the summit with talks on a number of issues, including the current trade war, relations with Iran and raging fires in the Amazon rainforest.

Host of the summit, French President Emmanuel Macron, threw a curve on Sunday when it turned out that he had invited Iranian Foreign Minister Mohammad Zarif as one of the guests.

Besides Zarif's sudden arrival, the second day revealed a rift between the G7 leaders over a proposal to bring Russia back into the bloc. According to The Guardian, Donald Trump had a spat with other G7 heads when attempting to promote the idea of ​​Russia's return to the group.

The US president, moreover, has been facing pressure over the trade war with China from his G7 allies, who called on him to reduce tensions due to slowing global economy.

The summit, which kicked off on Saturday, has been marked by protests in numerous cities around Biarritz. On the opening day, one of the processions in Bayonne ended in clashes with the police, during which law enforcement officers responded with water cannons and tear gas.

On Sunday, a rally against French President Emmanuel Macron was held in the neighbouring city of Bayonne. People took to the streets with his portraits stolen from city halls across the country.