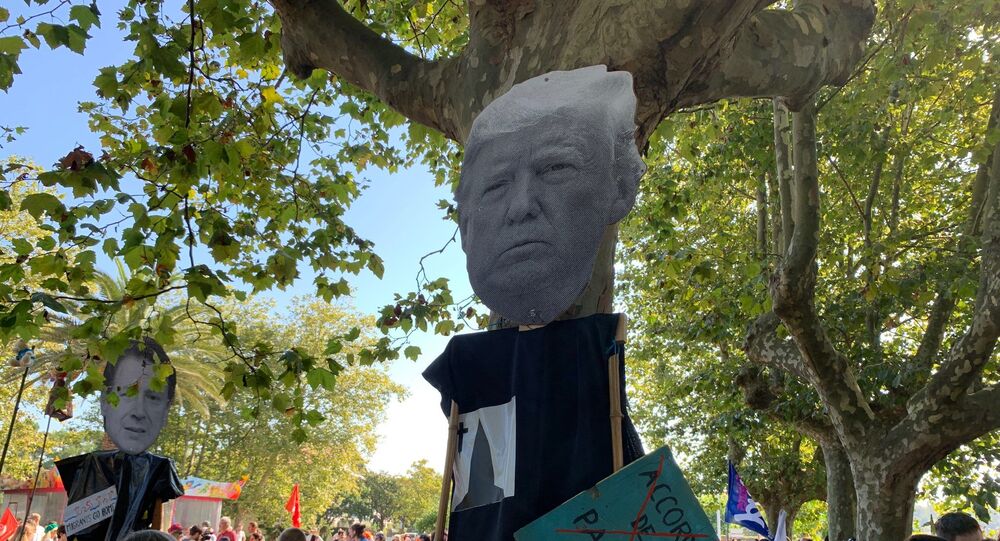 BAYONNE (Sputnik) - The Group of Seven (G7) Summit has officially opened in the city of Biarritz in the southwest of France with French President Emmanuel Macron and his spouse, Brigitte, welcoming the arriving world leaders.

President of the European Council Donald Tusk was the first to arrive, followed by Giuseppe Conte, Italy's former Prime Minister, who recently resigned but is representing his country at the summit and Boris Johnson, the new UK Prime Minister.

Macron briefly spoke and took a photo with each leader.

According to the official agenda, the world leaders will attend a dinner together later in the evening.

Macron met with Trump and Merkel ahead of the summit. The French president also gave a speech before the official opening ceremony of the summit, outlining important issues on the agenda, which include the situations in Iran, Syria, Libya and Ukraine as well as trade wars and climate change.

Later, the White House said that Trump and Macron discussed trade, maritime security, the situation in Libya and tensions in the Persian Gulf, ahead of the summit.

"[Trump and Macron] discussed the importance of promoting free and fair trade, reducing trade barriers, taxation, and regulation, and ensuring freedom of navigation and commerce as pillars of global economic growth," the statement said.

Additionally, the two leaders discussed the growing instability in the Sahel region and security challenges of mutual concern, the statement added.

However, the first day of the summit didn't pass without the incidents. Protesters have gathered in Bayonne, France to protests against the G7 summit. French police used water cannons to disperse protestors blocking roads near the summit.