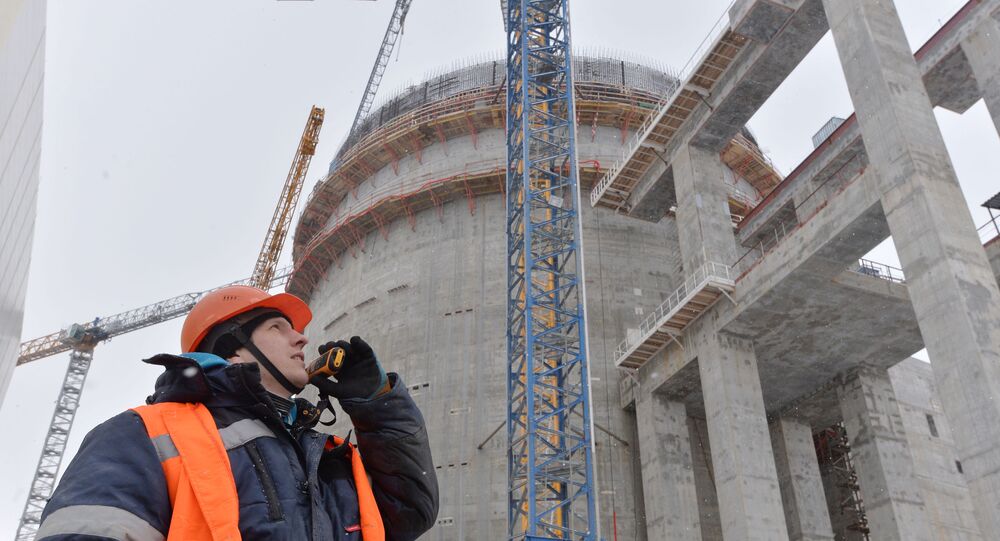 Vilnius, which abandoned nuclear energy a decade ago, has repeatedly voiced opposition to the construction of a nuclear power plant close to its border, branding it a threat to national security. Belarus calls these concerns groundless, citing regular stress tests and close cooperation with foreign partners.

Lithuania has reportedly decided to buy over 4 million iodine tablets in preparation for the opening of a nuclear power plant in neighbouring Belarus.

The Lithuanian government told AP in a statement that the pills, worth roughly $1 million, are expected to be delivered in mid-September.

Citizens will get them for free in case of a radiation leak at the nuclear power plant, which Belarus plans to unveil later this year.

The thyroid cells are damaged or destroyed when they absorb radiation, and iodine is used to block the thyroid gland from radiation exposure.

The construction of a nuclear power plant in Astravets, some 50 kilometres away from the country’s capital, Vilnius, began in 2013.

© Sputnik / Viktor Tolochko
Construction of a reactor unit of the first Belarusian nuclear power plant (NPP) in the Grodno Region.

Belarus is set to commission the first unit by the end of this year, and the second one is scheduled to go online in 2020.

Lithuania, a small Baltic nation of 2.8 million which shut down its sole nuclear power plant in 2009 due to EU pressure, has opposed the idea of nuclear energy being produced close to its border for a long time.

Politicians in Vilnius have claimed that the nuclear facility poses a threat to national security – allegations Minsk described as “groundless and genuinely false”.

Belarus has repeatedly stated that construction is in line with all international safety standards.

The International Atomic Energy Agency, which regularly conducts safety reviews at the site, said on Thursday that it had “observed a commitment by plant management to assure safe and reliable operation”.