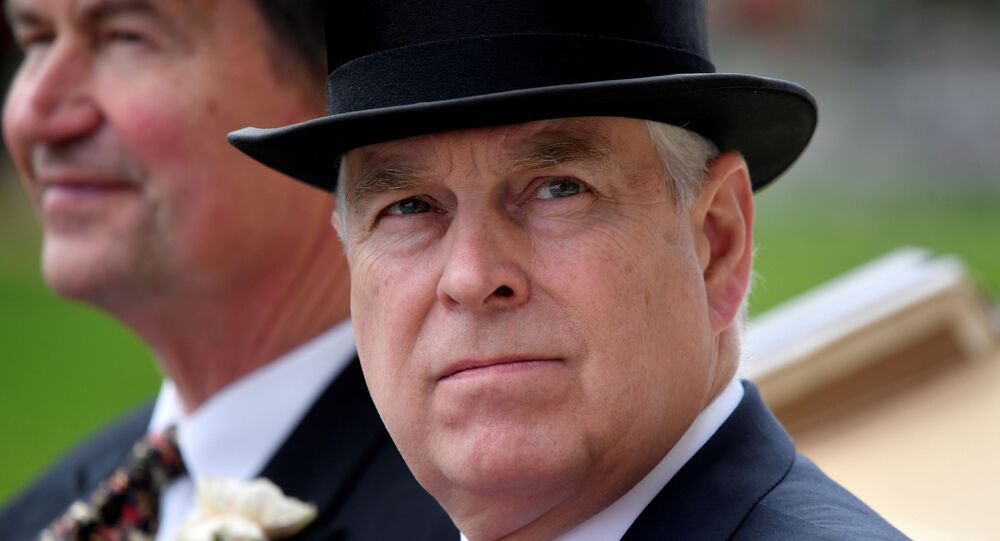 US prosecutors are currently investigating child sex trafficking allegations against Jeffrey Epstein involving his acquaintance Prince Andrew, but the Queen's son denies any wrongdoing and says he was “appalled” by reports about sex abuse claims that had been filed against Esptein.

Prince Andrew fears that he will never be able to go to the United States because his involvement in the Jeffrey Epstein case could draw him into a probe into accusations against the late sex predator, the Daily Mail has speculated.

“Andrew has openly said he can’t see how he can go back to the US at the moment with everything that is going on,” an anonymous source with knowledge of the matter told the newspaper.

“I know this is a source of enormous frustration for him as it is one of his favourite places in the world to go,” they were quoted as saying.

The Duke of York is said to have held “high hopes” for expanding his Pitch@Palace initiative, which aims to connects start-ups with potential investors, to the United States in the near future.

But these plans “have definitely been put on ice for the time being”, the insider said. “Andrew is very disappointed as he has long been very keen to get a foothold out there with it."

Prince Andrew – the second youngest son of Queen Elizabeth II – is known to have been a long-time friend of the late US financier and convicted sex offender Jeffrey Epstein.

Epstein, a former money manager to the ultra-rich, killed himself two weeks ago at a New York jail while pending trial over allegations of child sex trafficking.

Accusations Against the Prince

Some of the allegations involve Prince Andrew, who has strongly denied any wrongdoing.

One of Epstein’s accusers, Virginia Roberts Giuffre, claimed in a 2015 lawsuit that she was paid to perform sex acts with numerous famous men, including Prince Andrew, when she was a minor. She also accused the prince of “groping” her.

Prince Andrew is thought to have been friends with British media heiress Ghislaine Maxwell, Jeffrey Epstein’s former girlfriend and alleged recruiter: he reportedly hosted Epstein and her at Balmoral Castle in 1999 and invited them to a party thrown by the Queen at Windsor Castle the following year.

The duke, 59, was also photographed with Epstein in New York in late 2010, after the latter had served a 13-month jail sentence for soliciting a minor for prostitution.

Less than 24 hours later, he was caught on camera at Epstein’s New York mansion. In the video, he appeared to be waving goodbye to a girl leaving the house.

But Prince Andrew had distanced himself from the New York tycoon, with Buckingham Palace saying that he was “appalled” by the reports of Epstein’s “alleged crimes”.

It said that Andrew “deplores the exploitation of any human being and the suggestion he would condone, participate in or encourage any such behaviour is abhorrent”.

A lawyer for Virginia Giuffre on Monday urged the prince to cooperate with the investigation.

“I look forward to coordinating a formal deposition where he will be given the opportunity to tell us everything he knows,” he said. “We would like to do this as soon as possible, at his convenience, and again we are very appreciative of his willingness to help.”