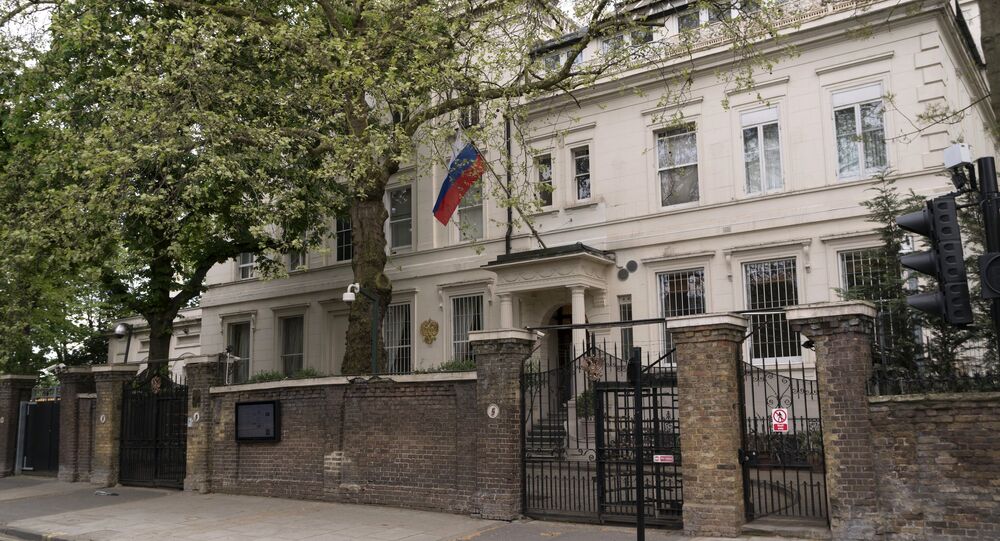 "If the new [UK] government hopes to restore a normal bilateral dialogue [with Russia] as UK Ambassador in Moscow Laurie Bristow has previously mentioned, official London should take the first step and remove unilateral restrictions [against Russia] ... which include visa hurdles," Yakovenko said in an interview.

Yakovenko added that the Russian embassy in London experienced difficulties in getting visas for its staff, which impeded its effective functioning. By taking the first step to improving the visa application process, London would create preconditions for effective bilateral cooperation between the two sides, the envoy said.

Boris Johnson became UK prime minister on July 24, after winning the 2019 Conservative party leadership election, following the resignation of his predecessor, Theresa May, over her failure to secure a Brexit deal for the nation.

Russia-UK relations first soured in 2014, following the reunification of the Crimea with Russia, which the West has vehemently opposed. Additionally, tensions between the two powers have been on the rise since the 2018 Skripal case, in which London has accused Moscow of staging an attack on a former Russian double agent and his daughter in Salisbury — accusations that Russia has denied.