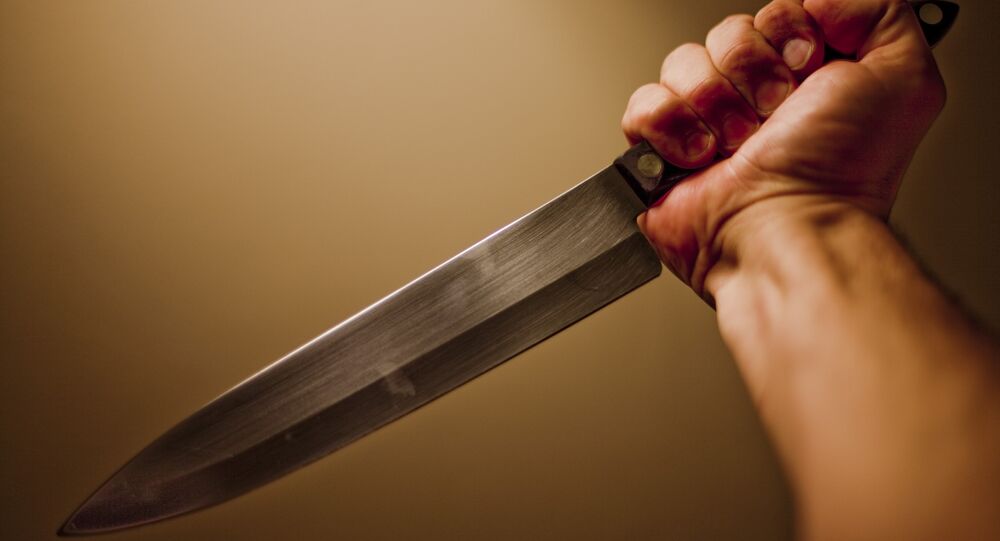 Public anger in the UK over the apparently increasing levels of knife crime in the country has been growing over the past few months. Boris Johnson has pledged to tackle the issue once and for all, using a number of methods that have proven controversial with segments of the British public. However, new findings on child-related offences may make critics think twice.

Over 1,000 children were found to have been carrying knives on school premises in 2018, with the youngest offender aged just four, according to new findings on knife crime in the UK.

The newly revealed and damning figures show that 1,144 children were in possession of knives while at school across England, Scotland and Wales. According to the reports, the child-offenders carried an assortment of weapons, including, but not limited to, hunting knives, machetes and even a samurai sword.

Highlighting the growing issue of knife-crime in the UK, the starling new figures, which were obtained by 5 News through a freedom of information request, document one baffling incident in which an 11-year-old at a Manchester school had converted a highlighter pen into a knife by replacing the nib with a blade. The same boy reportedly threatened classmates by saying, “listen to me or I’ll stab you.”

I’m sorry to say, but we have some very bad parents in UK.

I'm guessing this wasn't a knife that came with their Fisher Price kitchen set.
What kind of home must they come from where at 4 they've brought a knife into school? It's very concerning and very sad.

The statistics, which were taken from a total of 36 police forces, demonstrate that the number of knife-related offences among minors doubled over the past five years, spiking from 372 in 2014 to 968 in 2018.

David Simmons, who established a charity called Changing Lives, and who was himself reportedly threatened by a knife-wielding six-year-old while working at a school in England, has been widely quoted as saying that, “he was threatening other staff members and saying that he was going to stab them so I’ve gone over trying to calm this child down. He’s then said he’s going to stab and kill me.”

Adapting a highlighter in to a weapon is a skill that will prove useful when this kid is in prison, very entrepreneurial, perhaps his imagination could be redirected, maybe the next @Dyson or @richardbranson or kids version of @BBCDragonsDen ??

​“At that age you just wouldn’t have thought that a six-year-old should be doing that. Why were they doing that?” he added.

The UK government under the recently crowned Prime Minister, Boris Johnson, has pledged to increase the powers of police forces to tackle the UK’s knife crime epidemic, including through the implementation of the controversial stop and search method.

Yet, some believe that policing isn’t necessarily the answer, particularly when dealing with child offenders.

Fine the parents £500 minimum, they need to learn to PARENT their child.

Steven George of the National Association of Headteachers, has been quoted as saying that, “what you’re trying to do is find a solution for that child. Their family, circumstances, the neighbourhood they live in, the people they hand around with are all going to be factors and those aren’t solved with a phone call to the police.”

“We know that schools are being asked to do more than ever before on a wide range of issues that extend beyond the school gates. If the figures continue to grow, then that is a problem that schools definitely cannot tackle alone,” Mr George added.

In response to the news, a government spokesperson has said that, “no young person should feel the need to bring a knife to school, and our #knifefree campaign challenges the myth that carrying a knife makes you safer.”

“We have strengthened teachers’ powers so they can take action if they suspect a pupil has brought a prohibited item, including knives, into schools. These powers include searching pupils or their possessions if they suspect they have a weapon.”

However, Boris Johnson’s so-called ‘#knifefree’ campaign has come under heavy scrutiny after only weeks of being rolled out. As part of its ‘effort’ to defeat the scourge of knife crime, the government distributed 300,000 boxes to chicken fast-food outlets with ‘#knifefree’ written on them. Some slammed the move as woefully inadequate to dealing with the gravity of the issue, while others simply mocked it as insulting.

According to statistics, the number of people stabbed to death in the British capital, London, has increased on a year-on-year basis since 2014, with 2018 being the worst year, culminating in 135 fatalities. Moreover, as of July 7 2019, there had reportedly been around 74 recorded stabbing-induced killings.