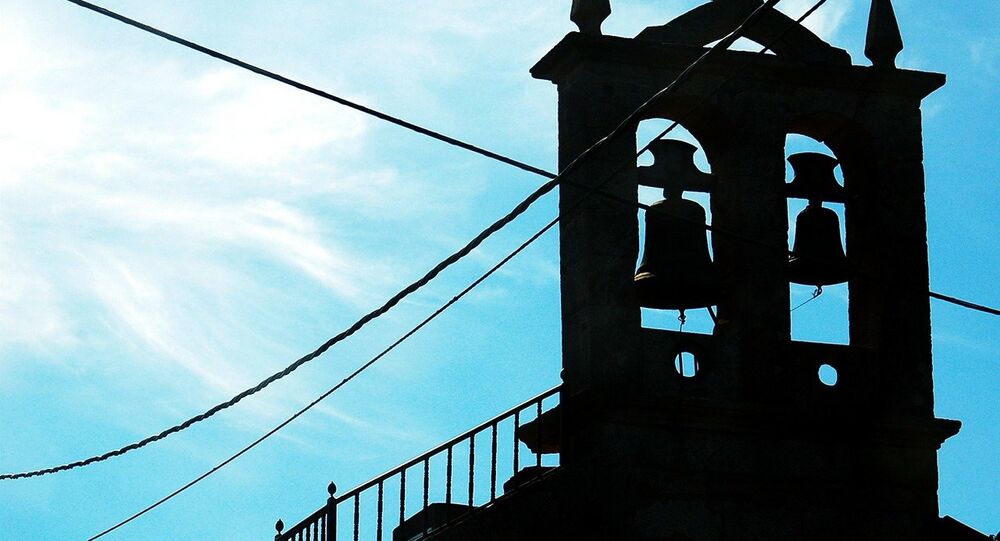 Experts believe the stolen bells have probably been melted and the metal sold. Metal thefts were previously on the rise prior to the financial crisis of 2008 as demand from China caused prices to rise.

Three villages in French region of Provence have had centuries-old bells stolen from their church spires since July. Some of the bells date back to 1737 and 1847, Bloomberg reports.

"We have no leads whatsoever, but we believe this could have been done either by metal thieves or some bell collectors," Pierre Arpaia, deputy-prosecutor in Draguignan, who’s in charge of the case, said, as quoted by the agency.

However, a drop in the price of tin and copper which are used to produce bronze makes the metal-thieves theory quite unlikely in this case.

Experts say that church bells are quite difficult to sell in France since most of them were blessed by a local bishop and have engraved dedications on them.

"People are aware of the restrictions so I would say that vandals, little thugs unaware of low metal prices, did it." Nicolas Gueury, president of the European Conservatory for Tower Bells and Clocks, said, as quoted by Bloomberg.