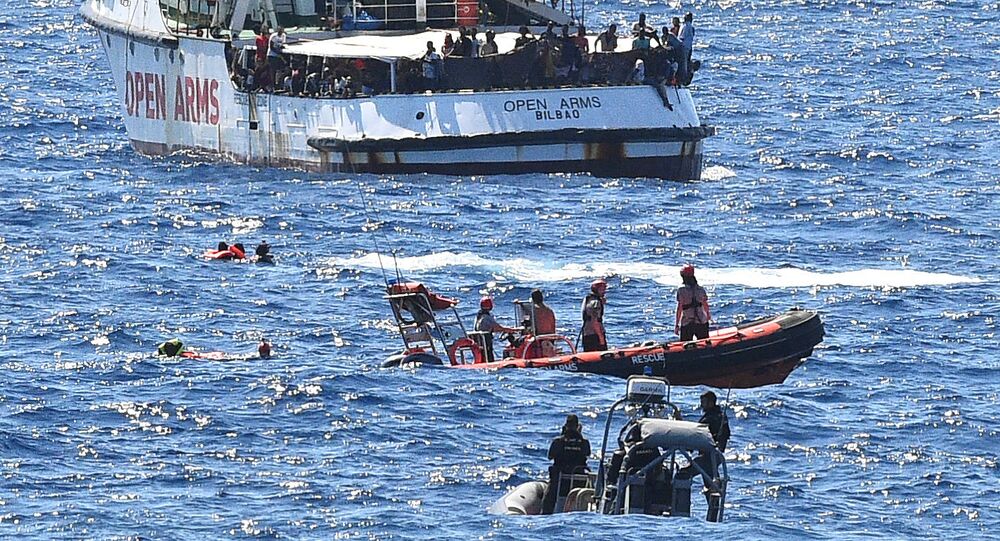 MOSCOW (Sputnik) – Nine migrants jumped off a rescue ship of the Open Arms charity to swim their way to the Italian coast after the vessel has been stranded in the Mediterranean for over a fortnight, the non-profit organisation said.

“Nine people jumped off the ship in a desperate attempt to reach the coast of Lampedusa. Our rescuers and the Italian coast guard are trying to rescue them. The situation has got out of control”, the NGO wrote on its Twitter page.

Shortly after, the charity said that five migrants had been rescued and transported to the port of Lampedusa.

​On 18 August, Spain offered the vessel to dock at its port in Algeciras, but the charity said that the humanitarian situation on the ship was dire and that the passengers and crew would not make the five-day journey to the Spanish port.

More than a hundred migrants from Africa have been on board of the rescue vessel for 19 days. Despite the fact that the ship is only a few hundred feet away from the Italian island of Lampedusa, the authorities are not letting it make port. The charity says that the migrants on board are in critical psychological condition.

Europe has been struggling to tackle its worst migrant crisis since World War II since 2015. The crisis reached its peak just a couple of years later but has recently shown signs of slowing down. Spain, Italy and Greece are the most affected countries as they serve as the main "safe havens" for undocumented migrants who reach Europe by sea.