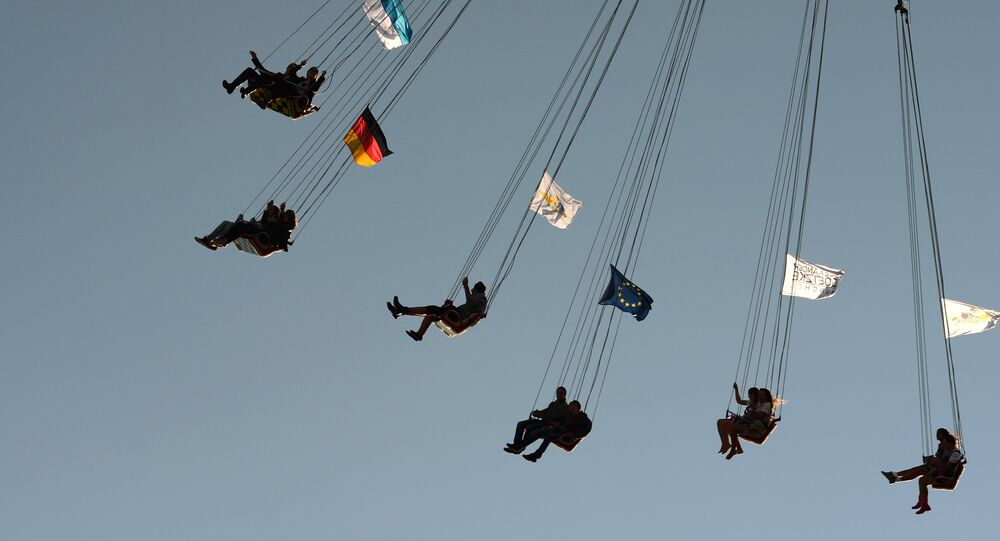 An idyllic park in the prominent German tourist area Schwarzwald entered the spotlight after netizens noticed that the rotating arms of one of its new rides, ironically called “Adlerflug” (which can be translated as “Eagle flight” from German), resembled the notorious Nazi symbol.

The Tatzmania amusement park in Schwarzwald has decided to close one of its rides just weeks after it was opened over its resemblance with the notorious Nazi symbol, the local outlet SchwarzwaelderBote reports. The carousel, "Adlerflug", has been decommissioned and is to be revised with its Italian manufacturer.

The controversy was sparked by a video uploaded on the online platform Reddit, whose users noticed that the extendable arms of the new ride looked like rotating swastikas.

​According to the outlet, citing a spokesman for the park, nobody noticed the controversial resemblance until the clip emerged.

The park, whose guests are mainly families with children, wanted to avoid possible irritation, the spokesman explained. Despite the uproar, the theme park, along with its other attractions and a zoo, remains open. However, the administration has refused to reveal how much the ride costs.