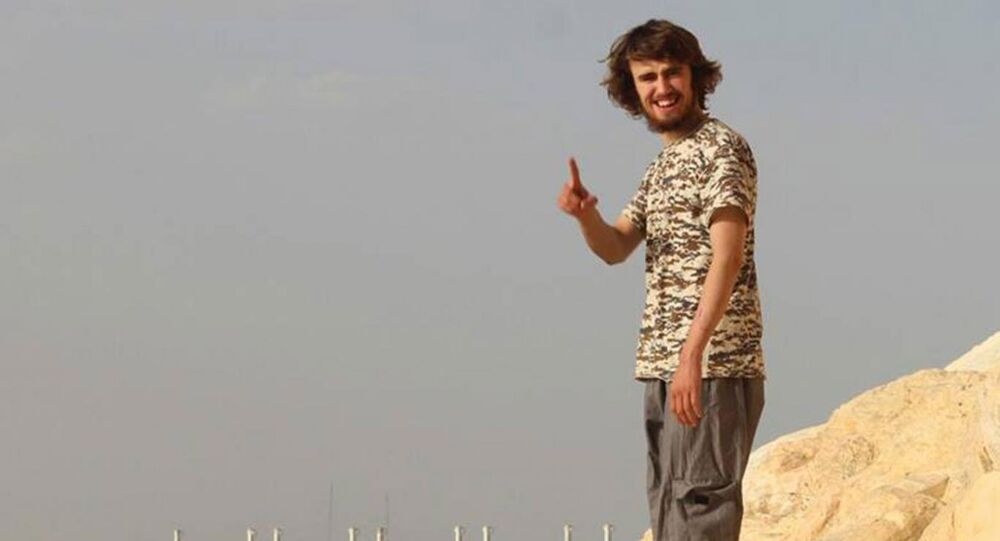 The fate of the former Daesh* fighter is now allegedly in the hands of Canada – the country of his second citizenship. He is currently being held in a prison run by Kurdish forces in northern Syria.

Jack Letts, a 24-year-old Muslim convert, also known as Jihadi Jack, who went to the Middle East in 2014 to join Daesh*, was stripped of his British citizenship as a farewell gesture by the departing administration of Prime Minister Theresa May, the Mail on Sunday reported, citing anonymous British and Canadian sources.

Letts previously held dual UK-Canada citizenship, but is now reportedly Ottawa’s problem, which, according to the newspaper’s sources, went "berserk" over London's move. According to the Mail's anonymous diplomatic source, Canada is frustrated by the development because Letts has "very little to do with Canada".

London's alleged decision also ruined Jihadi Jack's dream of returning to his family in Oxfordshire, something which he had been pleading London for. He remains in a Syrian prison after being captured by Kurdish forces in 2017. He acknowledged that he had been "an enemy of Britain" and that he had even considered becoming a suicide bomber at one point, but claimed that he made "a big mistake" and promised that he never really wanted to blow up any Britons.

Letts earlier expressed remorse over his parents being convicted for supporting terrorism by a British court after they sent £223 to a person in Lebanon in 2015 at their son's request, allegedly believing that it would help him return home. The two received a one year sentence each, suspended for 15 months.

Jihadi Jack is not the first British citizen who has pleaded to be allowed to return to his homeland after joining the ranks of Daesh*. London has so far stripped around 120 men and women of their British passports, but is limited in being able to resort to this measure when it comes to people who only have one citizenship.

One famous such case is the story of 19-year-old Daesh* bride Shamima Begum, who sought to return to the UK with her new-born child, but was instead stripped of her citizenship. The young bride faced criticism for apparently defending the Manchester Arena bombing as retaliation for strikes against civilians in former Daesh*-controlled territories.