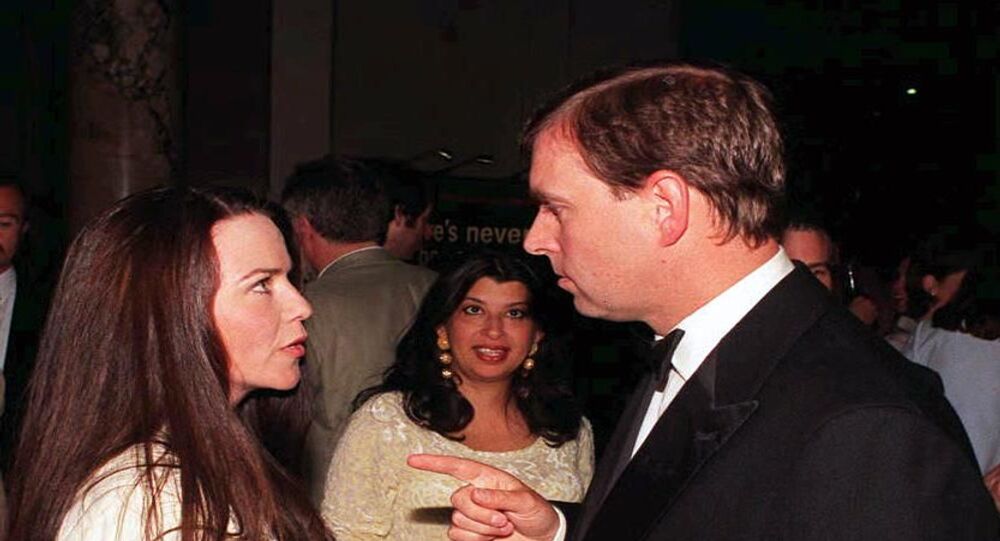 It's been a rocky month for Britain's Prince Andrew as court documents from the sex trafficking trial of Jeffrey Epstein have revealed that the son of Queen Elizabeth II allegedly groped an underage girl at the New York house of the disgraced US financier. But this is only the latest scandal that the Duke of York has found himself embroiled in.

Prince Andrew remains tight-lipped about the allegations of using Virginia Roberts Giuffre as a "sex slave" when she was a teen at Jeffrey Epstein's mansion in the 2000s, but denied them back in 2015, when the purported victim filed a lawsuit against professed procuress Ghislaine Maxwell.

At the time, his former girfriend, American actress Kathleen "Koo" Stark, broke her 32-year silence on their relationship to defend her ex-lover, saying that the accusations amounted to an "assassination of his character".

Their relationship was, in fact, scandalous, too.

Back in 1981, the Duke of York was set up on a blind date with Stark, who had been cast in Star Wars to play Luke Skywalker's friend, but her part was eventually cut out. The attraction was instant, and she would've become part of the royal family, if it were not for her "dirty" past, which, according to People, was a nightmare for the Queen.

In 1976, she also played a young nymphet in the movie, The Awakening of Emily, which, according to reports, shocked Buckingham Palace: it featured Koo in a steamy lesbian love scene in a shower. The film became Britain's biggest-earning soft-core movie two years later.

Actor Koo Stark "Camie" was cut out of Star Wars but became famous for dating a prince in the UK trash media pic.twitter.com/b42zrd8bX0

After some outlets reported that Andrew had earlier taken Koo to meet his family at Balmoral, the Queen's Scottish castle, and potentially introduced her to his mother, Buckingham Palace broke its silence, saying, "We do not know if the Queen was aware of the girl's acting career before she was invited to Balmoral".

Andrew's mother was not there to read such headlines as, "Sex Scene Sizzlers From Andy's Girl", but she was reportedly dismayed by the X-rated occupation of her son's date.

"It is one thing for a prince to be seen with a film actress, but quite another to go away on holiday with a blue movie star. The Queen feels badly let down", a member of her staff was cited as saying, per People.

The couple called it quits in 1983, and he married Sarah Ferguson three years later. Stark later said that "the amount of attention and pressure on me became unbearable. It was a nightmare".

Despite ending their relationship, Koo jumped to the prince's defence in 2015, when he was accused of keeping an underage "sex slave", Virginia Roberts Giuffre.

"Prince Andrew is a dear friend of mine and godfather to my daughter. I've only known him to be honourable and honest, with Christian values. I dismissed the latest story as just another sexual slur to add to the list of criticisms of him in recent years. My first reaction was fury, then disbelief at the lurid allegations being made against a man I have known for more than 30 years", she wrote in a piece for The Mail.

The Duke of York wasn't charged with anything back in 2015, but multiple reports suggest that he may come under new scrutiny following Jeffrey Epstein's apparent suicide in his jail cell last week. According to the Daily Mail, citing an unnamed legal source, the FBI might shift their focus to Maxwell, who is said to have been friends with the royal, too.

Epstein was arrested on 6 July on multiple allegations of sex trafficking underage girls in the early 2000s and was awaiting trial next year at the Metropolitan Correctional Centre in New York. He was found hanged in his cell last week a few days after he was taken off suicide watch following a suspected suicide attempt in mid-July.