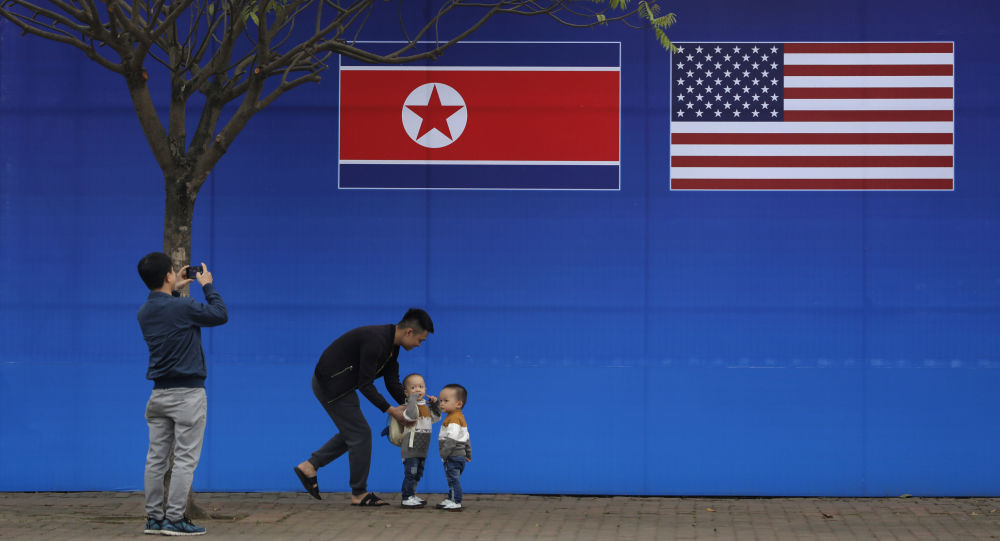 LONDON (Sputnik) - The UK Foreign Office has expressed regret over continued weapons tests by North Korea and called on the Asian country to engage in denuclearisation dialogue with the United States.

"We deeply regret the continued launches of ballistic missiles by North Korea, most recently on 16 August, which violate multiple UN Security Council Resolutions. We encourage North Korea to engage in meaningful discussions with the United States, as agreed when President Trump and Kim Jong-un met on 30 June", Minister for Asia and the Pacific, Heather Wheeler, said late on Friday.

The United Kingdom made its statement after North Korea launched two projectiles on Friday in what appears to be its sixth weapons test since 25 July.

The launches, which have been observed by North Korea's head of state Kim Jong-un, were held even though Kim has been engaged in talks with US President Donald Trump to denuclearise the Korean Peninsula.

Wheeler maintained that Pyongyang should take action to completely dismantle its nuclear weapons and ballistic missile programmes, noting that otherwise, sanctions against North Korea would remain in place.

The US-North Korea denuclearisation negotiations came to a standstill in February when the two heads of state met in Hanoi.

However, in late June, Kim and Trump met again at the Korean Demilitarized Zone where they agreed to re-energize the denuclearisation dialogue and initiate working-level contacts.