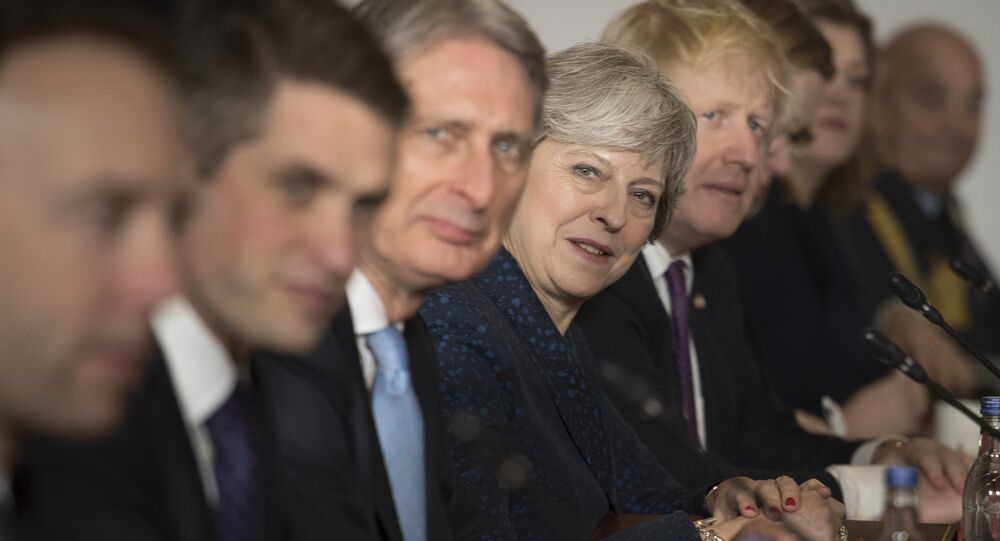 Hammond, who served under former Prime Minister May for three years, said unelected individuals in Johnson’s administration were setting London on an “inevitable” course towards a no-deal Brexit by demanding the backstop be dropped, and any attempt to bypass parliament would provoke “a constitutional crisis”.

UK Parliament will block a no-deal Brexit should Prime Minister Boris Johnson attempt to force the country out of the European Union 31st October without an agreement in place with Brussels, former Chancellor Philip Hammond said 14th August.

EU chiefs have repeatedly stated they won’t reopen negotiations on the UK’s Withdrawal Agreement, which Johnson’s predecessor Theresa May agreed in November 2018. However, speaking to the BBC after the leak of a letter he wrote, also signed by over 20 Conservative MPs, to Johnson warning him not to pursue no deal, Hammond said the British people were never offered the prospect of no deal at the referendum.

“To set the bar for negotiations so high we inevitably leave without a deal would be a betrayal. The Prime Minister said he would get a deal and we want to see him deliver that deal. Pivoting to say the backstop has to go in its entirety, a huge chunk of the withdrawal agreement just scrapped, is effectively a wrecking tactic. The people pulling the strings in Downing Street behind this know that means there’ll be no deal. Parliament is clearly opposed to a no-deal exit, and the Prime Minister must respect that,” Hammond cautioned.

It’s the former minister’s first public intervention since resigning 24th July, and an indication he’ll throw his weight behind speculatively mooted plans to thwart a no-deal Brexit – the Labour party has suggested replacing Johnson via a vote of no confidence then forming a national unity government to handle withdrawal proceedings. The Liberal Democrats have however indicated they wouldn’t support a Corbyn-led administration.

© AP Photo / Kirsty Wigglesworth
An anti-Brexit, pro European Union campaigner holds a EU flag, near Parliament in London, Wednesday, Nov. 22, 2017. Britain's Treasury chief has little room to maneuver Wednesday as he reveals his spending plans to a nation bracing for the shock of Brexit.

Hammond’s letter, which was leaked to The Sun, was signed by four other Remain-backing ex-Cabinet ministers who resigned before Boris could fire them in July – David Lidington, David Gauke, Rory Stewart and Greg Clark – as well as 11 other former Conservative ministers.

“We’re alarmed by the ‘Red Lines’ you’ve drawn which, on the face of it appear to eliminate the chance of reaching agreement with the EU…We would therefore greatly appreciate your confirmation you remain committed to doing a deal, you accept any such deal will most likely require compromise, and it remains your view the chance of No Deal is 'less than a million to one',” the letter stated.