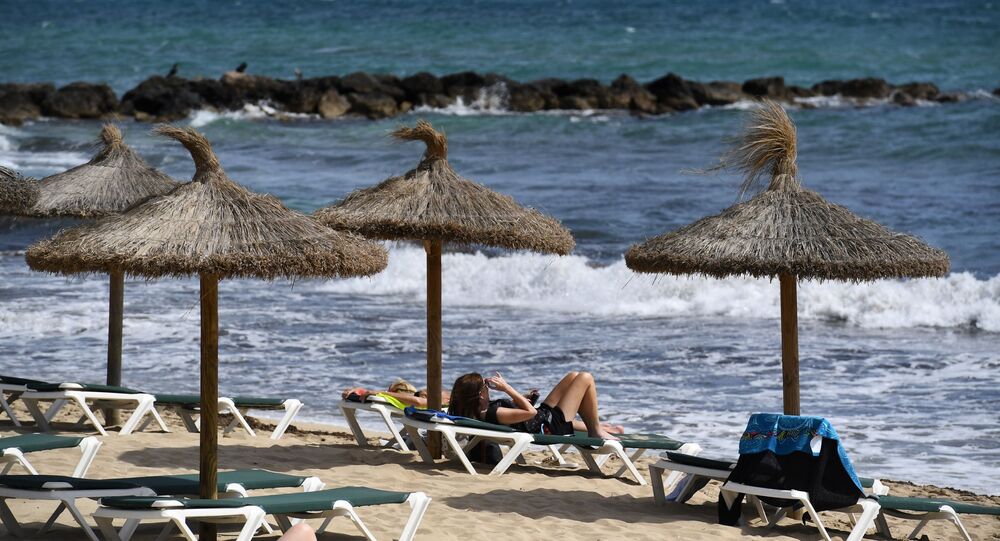 The alleged rape came just days after a French tourist was arrested on allegations of raping a British woman on another Majorcan beach, prompting local feminist campaigners to stage a rally demanding tighter sexual assault laws.

Two tourists were arrested on the Spanish island of Majorca on Sunday after a young German woman accused them of raping her, according to the local newspaper Ultima Hora.

Police patrolling the Playa de Palma beach heard the woman, who is said to be 20, shouting for help as she ran away from alleged perpetrators into the sea.

She reportedly claimed that a 32-year-old German was raping her when another reveller, an Afghan man who happened to be walking past them, decided to join in and started to penetrate her as well.

The woman managed to escape, and several cops detained the suspects within minutes.

It became the latest in a series of reported sexual assaults in the popular Mediterranean resort. Last Wednesday, a Frenchman was arrested on suspicion of raping a 22-year-old British holidaymaker on Magaluf beach.

It is understood that the two had consensual sex at first, but the man then began filming the alleged attack and posting footage on Snapchat, Ultima Hora reported. The woman also claimed that he had threatened to drown her in the sea if she resisted, but the man denied raping her and insisted no filming had taken place.

The day after the incident, the Feminist Movement of Mallorca (MFM) staged a protest in Magaluf stating that the popular beach has become an “area of impunity for sexual assaults of all kinds”. The campaigners called for the tightening of local regulations on sexual violence and for better sexual education as well.