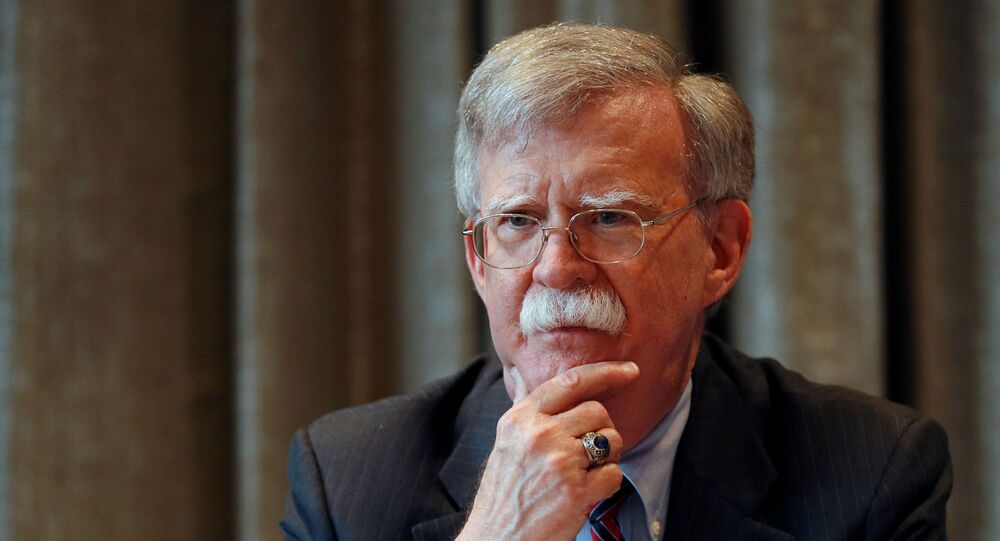 Earlier, Reuters reported, citing sources in the US government, that during his visit to London Bolton will try to convince the new Cabinet of Boris Johnson to change the country's stance on the Iran nuclear deal and using Huawei tech in its 5G networks.

US National Security Adviser John Bolton has expressed an opinion that it would be better to postpone talks on important issues such as Iran, China, and Huawei with the UK amid his visit to the country. Despite this, Bolton addressed the fate of the Iran nuclear deal in his speech, hoping that the remaining signatories to the agreement would see the "imperfections" that led the US to withdraw from it.

An earlier report from Reuters, citing sources within the Trump administration, stated that Bolton would be raising issues relating to Huawei's potential access to British 5G networks and Iran's nuclear deal during his visit to London. According to the source, the hope was that newly elected Prime Minister Boris Johnson might shift British policies on these matters, including by proclaiming the Iran nuclear deal effectively "dead".

The national security adviser separately touched on the issue of the UK potentially using Chinese tech giant Huawei's equipment in their 5G networks, saying that he was happy to hold discussions with British experts on the matter. He further expressed confidence that London doesn't want these networks to be affected by a "Manchurian chip phenomenon", a term used to describe fake chips embedded with Trojan functionalities.

At the same time, Bolton noted that he didn’t discuss the issue of the possible presence of Huawei tech in British networks with Prime Minister Boris Johnson.

The US has long pressured London not to use Huawei equipment in its future 5G networks amid reports that former Prime Minister Theresa May's Cabinet was considering allowing the company to take part in non-core systems. Washington claims that Huawei is helping Chinese government spy on its users by embedding spy programs in its hardware.

Bolton praised London's efforts to ensure the UK's withdrawal from the EU and said, citing British officials, that Boris Johnson's Cabinet is determined to fulfil the Brexit promise on 31 October. He further said that Washington would "enthusiastically" support a no-deal Brexit if London decides to go this path.

"They think the British people have spoken on this and they're going to deliver. that's unmistakable", he said.

Bolton also explained that he specifically decided not to raise difficult bilateral issues such as the Iran nuclear deal, China, and Huawei, understanding that Brexit is London's main priority at the moment. He added that Washington doesn't want to complicate the UK's withdrawal process, but rather the opposite.

"We're not here to pressure you on this [...] We want to be helpful on Brexit", Bolton said.

The national security adviser also stated that the US is seeking to sign a comprehensive trade agreement with the UK as soon as possible, noting that such a deal would likely find major support in the US Congress on both sides of the aisle. He also suggested that the two states should conduct trade talks one step at a time, taking care of the easily negotiated parts first and leaving the difficult ones, such as financial services, for later.