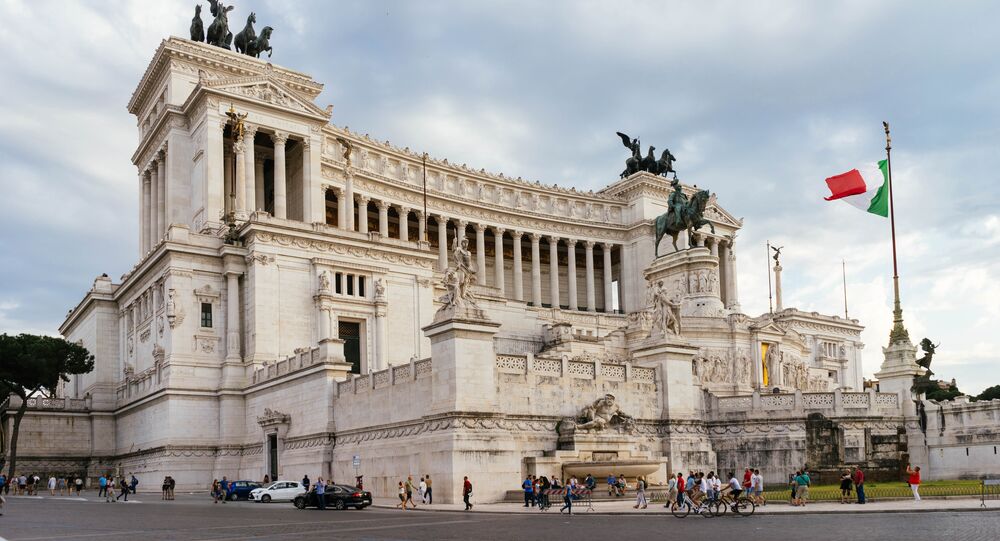 MOSCOW (Sputnik) - The leader of Italy's centre-left Democratic Party on Monday ruled out forming a caretaker administration with the ruling Five Star Movement (M5S) and warned against internal divisions.

"The hypothesis of [being in] a government for the budget and administer [the country] until the elections is not a credible one", Nicola Zingaretti was quoted as saying by the ANSA news agency.

He cautioned fellow party members against splitting the Democratic Party after reports suggested that Renzi's loyalists were ready to follow him into a coalition with the anti-establishment M5S.

© AP Photo / Andrew Medichini
Lawmakers sit during the vote to elect Senate's president, in Rome, Friday, March 23, 2018. Italian lawmakers have formally reconvened parliament following inconclusive March 4 elections without any accord in sight as to the formation of a new government

Zingaretti's predecessor, Matteo Renzi, has previously proposed joining forces with the M5S to help it pass the budget law and slim down the parliament after its partners from the Lega party pulled the plug on the coalition.

The Lega leader and interior minister, Matteo Salvini, brought a no-confidence motion last week against the government in a bid to trigger a snap election. The final decision is up to Italian President Sergio Mattarella.