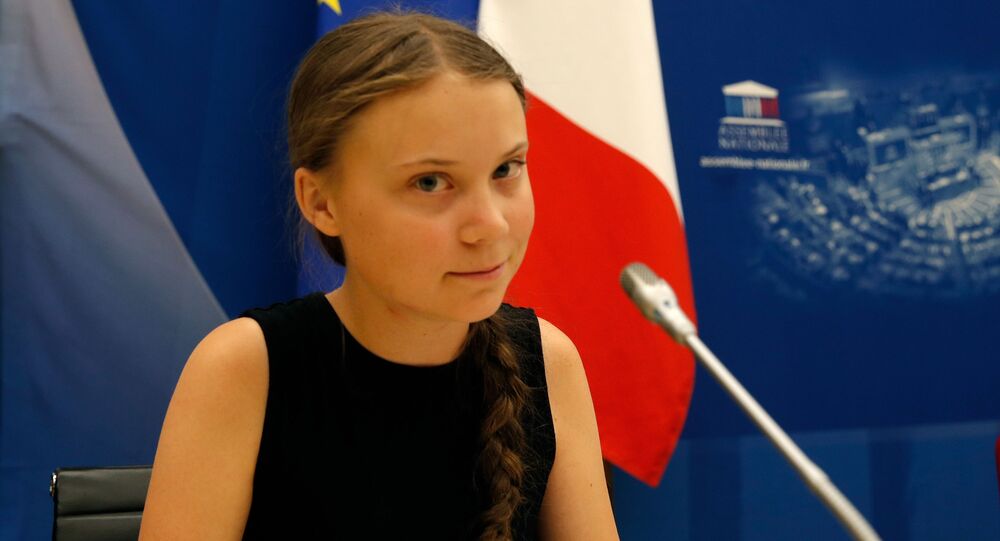 Famous 16-year-old climate change activist Greta Thunberg who recently delivered a speech at the National Assembly in France that caused a number of negative reactions from French politicians for its alarmistic trends, has recorded a “time to rebel” essay-track with well-known English pop rock band The 1975 that was released in July, 2019.

Jamie Oborne, the manager of The 1975 English pop rock band that has a track featuring an essay by controversial teen environmental activist Greta Thunberg recently revealed that a number of famous artists have refused to work with her, the BBC reports.

"Other artists didn't want to do it - it's madness. Bigger artists than The 1975", said Jamie Oborne during a new BBC Introducing podcast that will launch in September.

The first song on The 1975’s new album Notes on a Conditional Form aimed to be released in 2020 presents a track where Greta Thunberg calls for “civil disobedience”, accompanied by instrumentation by the band.

The track was made available in July, earlier that the scheduled release of the album, with all the potential revenues from the track set to contribute to the environmental campaign group Extinction Rebellion.

"After we met her in Stockholm and recorded it, we agreed it just wasn't a statement that could wait six months to come out. It felt like that would've made it a vanity exercise", Oborne said.

The 1975’s manager nevertheless acknowledged that the group were not yet “completely carbon efficient as a band”, a cause that a 16-year old environmental activist is fighting for.

"We have to acknowledge that the older generations have failed, all political movements in their current form have failed, but Homo sapiens have not yet failed", says Thunberg in the track.

Greta Thunberg is a teen Swedish environmental activist and a Nobel Prize nominee, who became famous in 2018 after her solo protests to combat climate change outside the Swedish Parliament led to a worldwide movement of school strikes, with thousands of teenagers calling for reduction of carbon emissions into the environment and making her a worldwide phenomenon. However, she has also come under increased scruntiny from some politicians and lawmakers who've criticised her alarmism and fearmongering, with, for example, French Republican leadership candidate Guillaume Larrive calling her the “guru of the apocalypse”.