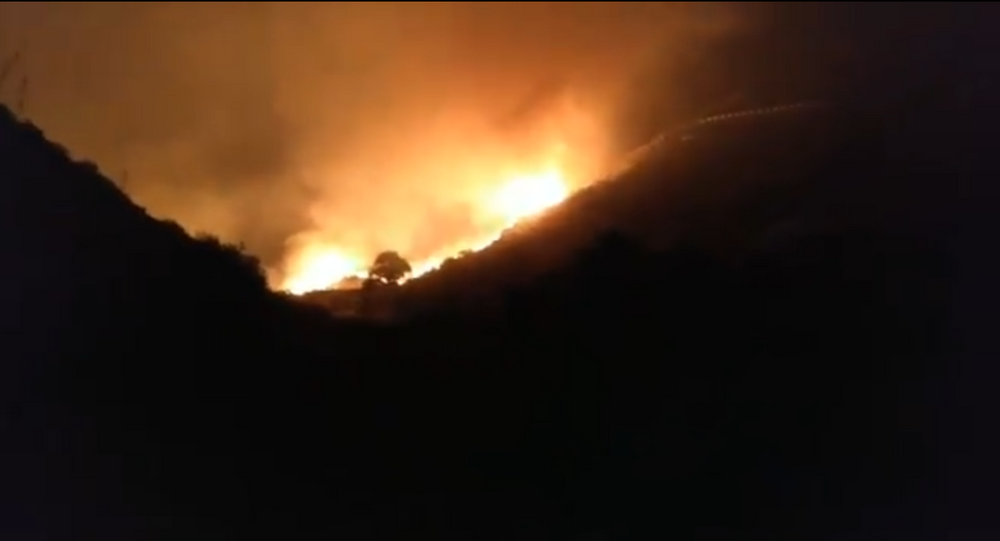 About 1,000 Evacuated in Gran Canaria Island Due to Massive Wildfires - Authorities (Photo, Video)

According to emergency services on the islands, the fire affected an area encompassing thousands of hectares. More than 200 military servicemen and 10 aircraft were dispatched to fight the inferno.

Approximately 1,000 people have been evacuated due to massive wildfires in Gran Canaria, the second-most populous island of the Canary archipelago off the Atlantic coast of Africa, local authorities confirmed on Sunday.

"The President [of the Canary Islands Angel Victor Torres] confirmed that 1,000 people remain evacuated from different neighbourhoods of the municipalities of Artenara, Tejeda and Galdar. [The residents] will not be able to return to their homes because the risk remains high", a statement, released by the Gran Canaria government, said.

People are still being evacuated in Artenara, Tejeda and Galdar municipalities, according to the Canary Islands' emergency services.

​Thousand hectares of land were affected by the inferno. 10 aircraft were deployed to contain the blaze, but the fire is continuing to rage.

​Local civil guards detained a 55-year-old man on Saturday suspected of starting the fire by negligent use of a welding machine.