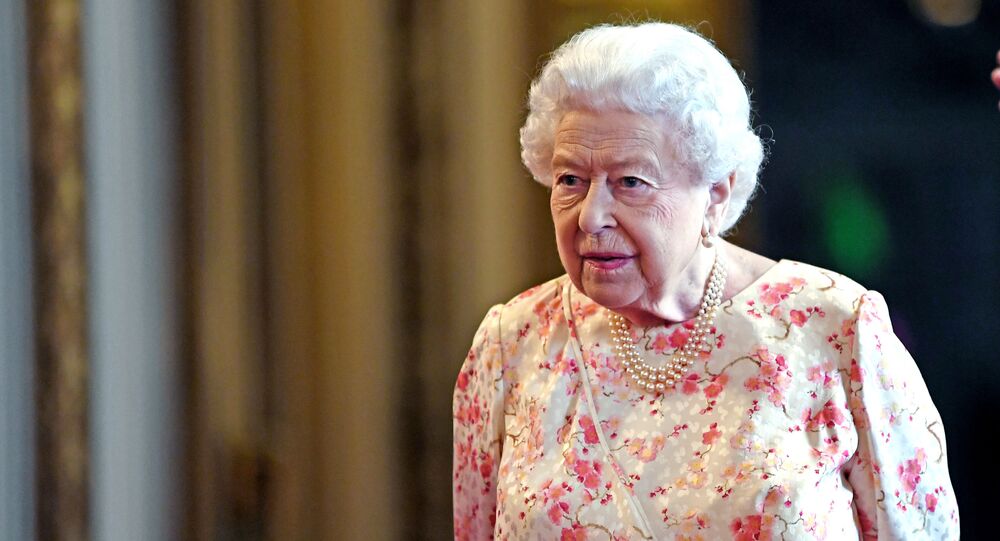 The British monarch's alleged remarks were revealed by a UK media outlet amid reports that Labour MPs and Tory rebels are planning to "drag" the Queen into the Brexit saga if newly-elected Prime Minister Boris Johnson refuses to resign as a result of a hypothetical no-confidence vote.

The Sunday Times has cited unnamed sources as claiming that Queen Elizabeth II has privately expressed her frustration with British politicians and their "inability to govern" amid the Brexit chaos.

The Queen made the alleged remark at a private event shortly after Prime Minister David Cameron's resignation following the 2016 national referendum on EU membership, but a royal source insisted that her discontent has since grown.

"I think she's really dismayed. I've heard her talking about her disappointment in the current political class and its inability to govern correctly", the source said

The monarch has hardly shared her political views on the government's efforts to pull the UK out of the EU, but a senior royal source, who claims to have witnessed the aforementioned exchange, has shed light on Her Majesty's outlook as Labour MPs and Tory "rebels" are reportedly planning to ask her to intervene if Prime Minister Boris Johnson refuses to step down in the wake of a no-confidence vote.

"She expressed her exasperation and frustration about the quality of our political leadership, and that frustration will only have grown", the source continued.

According to The Sunday Times, Buckingham Palace declined to comment on the story.

Meanwhile, senior functionaries in the British government and top figures in royal circles told the media outlet that the trio, known as the "golden triangle", which includes Edward Young, the Queen's private secretary, Sir Mark Sedwill, the cabinet secretary, and Peter Hill, the PM's principal private secretary, will "bust its gut" to keep the monarch "out of any decision".

"The royal household wants to manage this in a way that doesn't damage the ongoing, long-term position of the crown", a senior government source said.

Their concerns have been prompted by mounting speculation that the Labour Party along with some Conservative Party members will call a vote of no confidence in Boris Johnson when Parliament returns from its summer recess in early September.

Just last week, Shadow Chancellor of the Exchequer John McDonnell suggested that in the event Johnson refuses to quit following a no-confidence vote, he would respond by sending the Labour leader, Jeremy Corbyn, to Buckingham Palace "in a cab" to tell the Queen that "we're taking over".

© REUTERS / Victoria Jones
Queen Elizabeth II speaks to Boris Johnson during an audience in Buckingham Palace, where she will officially recognise him as the new Prime Minister, in London

The 93-year-old monarch's aides have reportedly emphasised that Parliament must decide who can form a government in the evnet of Johnson losing the vote, and only then should the Queen be asked to see the new prime minister.

Under the Fixed-term Parliaments Act, the Queen could be required to ask Corbyn or another senior politician to form a government that can command the confidence of the House of Commons.

But sources at No. 10 claim that the law doesn't say anything about the resignation issues, sparking concerns among Labour and Tory Remainers that Johnson could ignore the defeat and call a general election after 31 October - the Brexit deadline - thus leaving MPs unable to thwart the UK's withdrawal from the EU, with or without a deal.

Last month, the newly-elected PM said that London would work to secure a new and "better" agreement with Brussels, however if the EU didn't compromise, the UK would "have to get ready for a no-deal exit".

The UK held the Brexit referendum on 23 June 2016, where almost 52 percent of Britons backed the decision to leave the 28-member bloc.

The exit was originally set for 29 March 2019, but the government of Theresa May repeatedly failed to meet halfway with the Parliament on the withdrawal agreement she had negotiated with the EU, and the deadline was rescheduled for 31 October 2019. Theresa May was forced to step down in May following her inability to deliver Brexit.