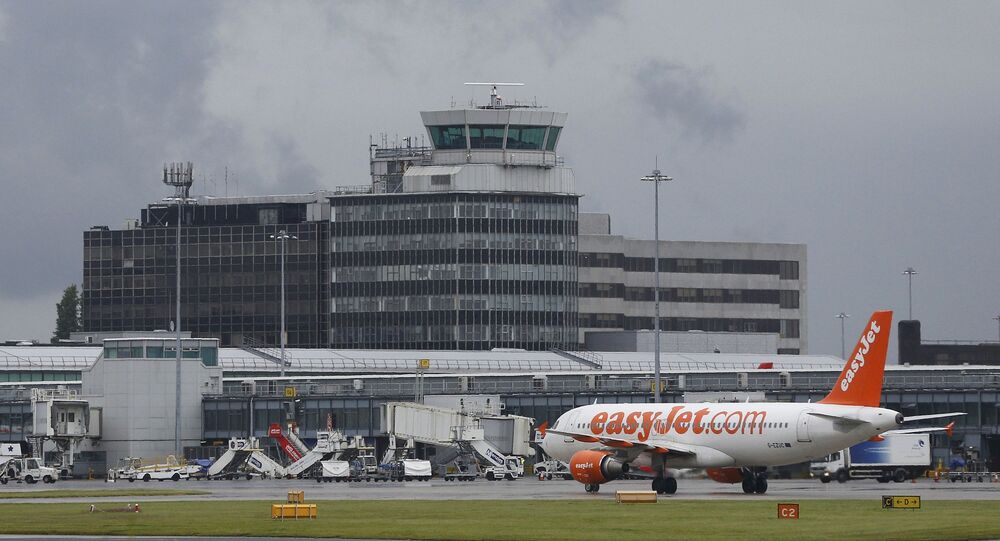 Passengers aboard a Flybe flight arriving in Manchester Airport were quarantined for over an hour following a medical incident on the plane, with first responders in hazmat suits waiting near the runway after the flight had landed.

Flight BE3122 had just arrived from Paris at 10:30 GMT when the plane was quarantined by officials, with social media reports stating that all 107 passengers were being held until further notice.

According to reports, a middle-aged woman fell ill while on the plane, with a source at Manchester Airport confirming the medical incident. The situation is still ongoing, but the woman has been escorted to first responders, witnesses have said.

A passenger told the Manchester Evening News that health authorities were "holding back the passengers" after the plane had "landed an hour ago".

"One passenger was taken care of by an incident response team," the passenger said, adding that several emergency medical vehicles were parked by the plane and that the captain had informed them that the crew had been briefed on the ill passenger's "condition".

All passengers were required to give their contact details to officials, according to reports. "To be honest we are a bit in the dark," another passenger said.

Any news on @flybe BE3122 Paris to Manchester ? Flight landed over an hour ago and still on the plane?

Finally off the plane. Surrounded by police. Still no update but we’re being transported somewhere else #manchesterairport pic.twitter.com/TtnryyOyH8

A Flybe spokesperson said: "Flybe confirms that, as a precautionary measure on arrival in Manchester and following a passenger on the above flight falling sick, it has worked closely with the Public Health England to collect the full contact details from all 107 passengers on board. This would allow them to be fully traceable if, in what would be a very rare instance, they might need to be uniquely alerted by the authority at some point in the future.

"Flybe sincerely apologises to the passengers for the delay to their travel plans upon arrival and for the inconvenience experienced however the health and welfare of its passengers and crew remain our number one priority at all times," Flybe said.