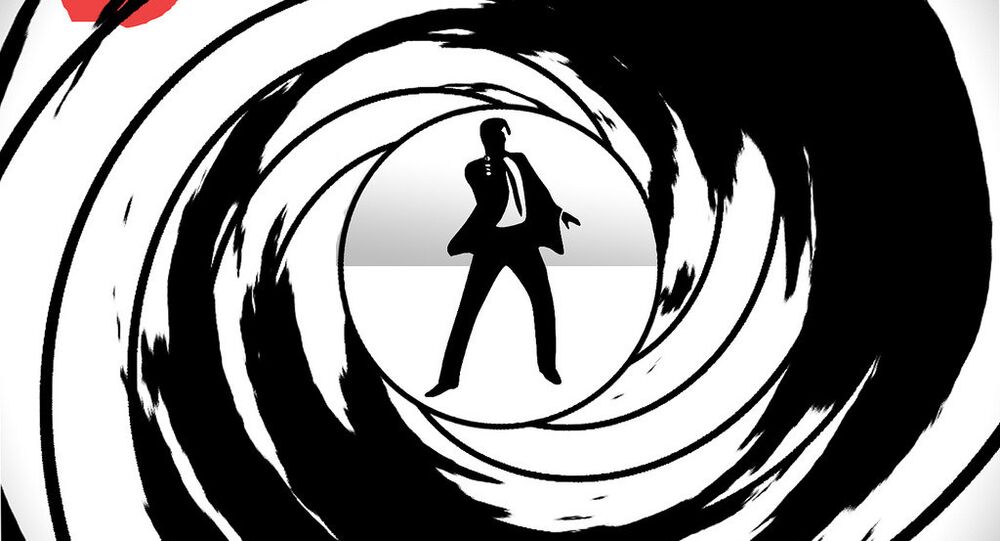 He faced trial on a 20-count indictment, having defrauded at least £850,000 in total – however, before the trial was due to begin, he pleaded guilty to the five counts of fraud related to Woods, and the other charges were left to lie on file. He claimed in court he was genuinely attracted to Woods, and always intended to pay the money back.

Mark Acklom, one of the UK’s most wanted and prolific conmen, has admitted posing as a spy to con his ex-girlfriend out of nearly £300,000, and been jailed for five years and eight months after admitting five counts of fraud by false representation.

Acklom, 45, duped Carolyn Woods into thinking they were in a committed relationship despite him already being married, in the process swindling her of her life savings.

The pair met when the former public schoolboy walked into a boutique where Woods worked in Tetbury, Gloucestershire, and began wooing her – he claimed to be a Swiss banker and MI6 operative, and said his name was Mark Conway. He'd later state due to his work for Britain’s foreign spying agency she couldn’t take any pictures of him or them on national security grounds.

In her Victim Personal Statement, Ms Woods described Acklom's crimes as "an act of the utmost cruelty, designed to destroy my life for his personal gain".

She told how she had "suffered total financial ruin" and suffered "terrifying panic attacks".https://t.co/aCkTMFAlmk pic.twitter.com/SWf1kgVjNL

​They soon started up a relationship and before long he promised to marry the mum-of-two – towards the end of their one-year relationship in 2012, he tricked her into handing over £299,564 for renovation work at a number of alleged properties in Bath, Somerset, then fled abroad with the cash.

After reporting him to authorities, it was quickly ascertain 'Conway' was in fact Acklom, a serial conman who'd used a number of aliases over the years, and repeatedly been convicted of fraud.

Named one of the UK’s most-wanted fugitives, a European Arrest Warrant was issued for Acklom in June 2016 when he was believed to be at large in Spain, having been released from a Spanish prison over a £200,000 property fraud.

In May 2017, he was spotted in Geneva, where he was believed to have been with his wife and two young daughters – he was arrested there the following month, after being found living at a luxury apartment in Zurich under a false name. He leapt from a first-floor balcony in an attempt to evade police but was arrested by an officer waiting below and brought back to the UK.

“You took advantage of your victim in a cruel and cynical manner. Once you knew what you might glean from her, you set about doing so in a ruthless and utterly selfish manner. You were quite prepared to spin a web of lies, and you cared not at all for the emotional impact. Having cut ties you escaped from this country, and since then you’ve not made any effort to make good for the harm that you did,” Judge Martin Picton said.

A career fraudster who tricked a woman into having a relationship with him so he could steal her life-savings has been jailed for nearly six years.

Mark Acklom, 46, admitted five counts of fraud at Bristol Crown Court just as his trial was due to start.https://t.co/QU3qkNpPu0 pic.twitter.com/J1BJlTTJNp

​Amazingly, it represents just the latest conviction for Acklom - in 1991, Acklom, aged just 16, he received a four-year sentence for a £466,000 mortgage fraud after posing as a City stockbroker. Seven years later, he was jailed for two years in Spain for fraud involving unpaid hotel rooms. He was also jailed in Spain in 2013 for defrauding two brothers into paying him £200,000 as a deposit on the sale of buildings he didn’t own.

The case of Mark Acklom a fraudster who today has offered a guilty plea to some of the many charges against him for stealing £300k ++ from his friends & partners has only been possible because of cross border arrrest warrants & inter-EU cooperation. All threatened by Brexit. pic.twitter.com/XDs3bqvuML

​“He was flirtatious, charming and very entertaining. He has a great presence and charisma, exudes confidence and the air around him was electric. I was caught up in a whirlwind of excitement. I was completely devastated, he left me destitute and destroyed my life. I had fallen in love. He told me he’d never felt this way about anyone and we must get married. I’ve still got the wedding dress I never wore. It was all a charade,” Woods laments.

Do the Crime, Do the Time: UK's Top 10 'Most Wanted Con Artists'