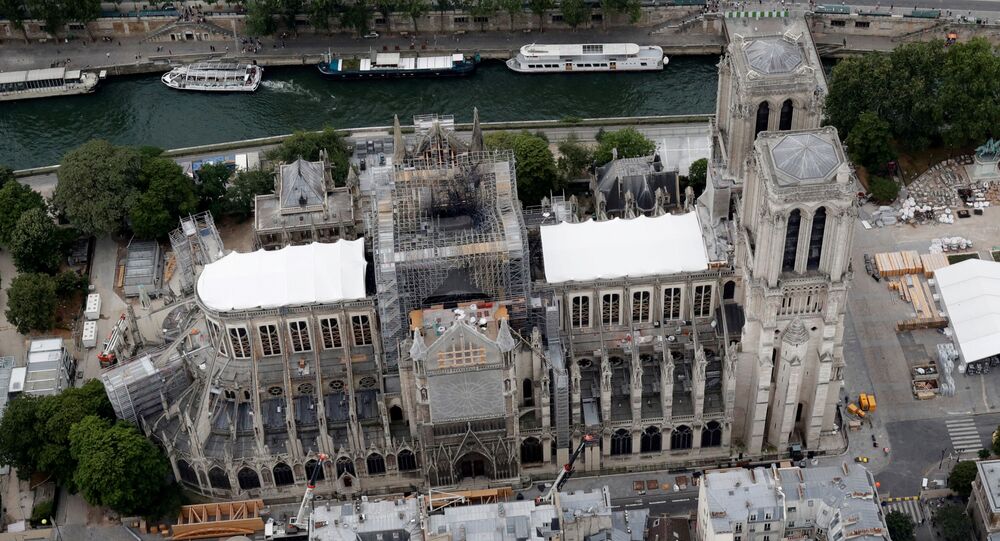 Several French environmental organizations and a key labor union are calling on Paris authorities to take additional precautions and shield the Notre Dame de Paris during its reconstruction to prevent the spread of lead particles amongst the immediate public.

Following heightened concerns of lead poisoning, the Association Henri Pézerat, the Association for the Families of Victims of Lead Poisoning and the CGT labor union are urging officials to seal the entire Notre Dame Cathedral in an airtight plastic tent.

“The 440 tonnes of lead that went up in smoke during the fire represent more than four times the annual lead emissions in the atmosphere for all of France,” Association Henri Pézerat spokeswoman and researcher Annie Thébaud-Mony explained to reporters while standing in front of the cathedral Monday, reported France 24.

Thébaud-Mony went on to say that their proposed solution is the “only way” to prevent a public health crisis, as “the whole building was completely caught up in the fire, in the smoke, and so surely there is lead dust in all of the sculptures, et cetera.”

A number of tests have been conducted at and around the Notre Dame Cathedral since the April 15 blaze toppled the church’s spire, destroyed its roof and melted a massive amount of lead.

Initially, authorities downplayed the contamination threats and explained to the public that it would take years of exposure to feel the effects of lead poisoning, but fears have grown as various lead-level readings have become more public.

On July 25, however, Paris Police Chief Michel Cadot ordered the Regional Directorate of Cultural Affairs to halt further restoration efforts until appropriate measures could be taken to remove or address the lead present in the building.

Prior to the reconstruction’s suspension, two area schools had their doors shuttered and lessons suspended to undergo decontamination efforts.

Paris health officials revealed Wednesday that a student who attended one of the schools is currently undergoing “medical monitoring” after a series of tests determined he was at a high risk for lead poisoning, according to the Associated Press.

Despite the child’s close proximity to the Notre Dame Cathedral, it has yet to be fully determined whether the church’s lead particles are to blame.

At least 162 children have been tested for lead following reports of particles, and an estimated 16 on the border of being labeled “at risk” are receiving precautionary monitoring.