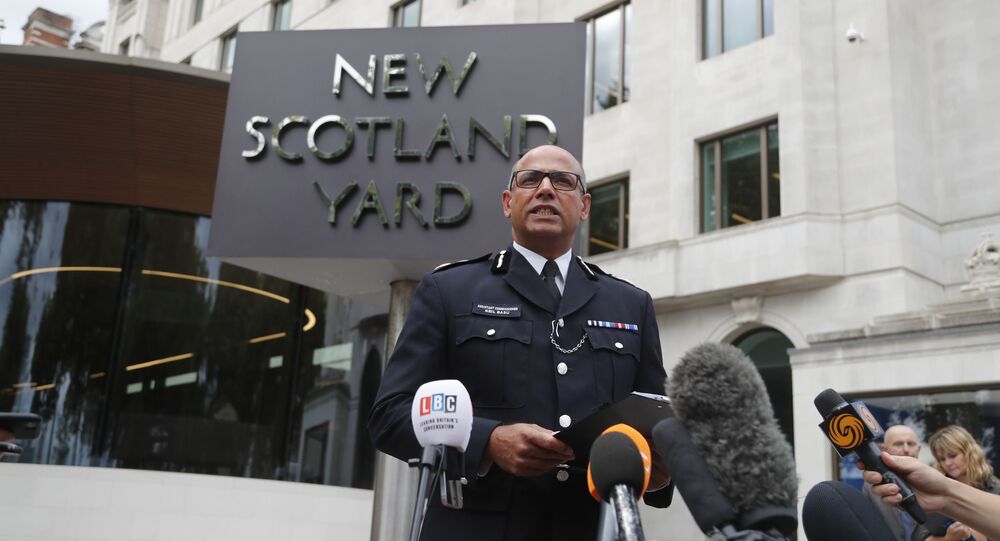 Neil Basu, Britain’s top counter-terrorism officer, has suggested that people should practise their religion openly for the sake of better social inclusion, despite data showing that homegrown Islamist extremists plot four of five attacks in the UK.

Neil Basu, the Metropolitan Police Assistant Commissioner and National Coordinator for counter-terrorism policing, has said that Britain should not rely on the police and security services alone to beat extremism and terrorism, as community cohesion and social mobility should be in focus.

In an interview with The Guardian, he argued that nearly eight in ten would-be attackers in the UK were British-born or raised.

"Don't forget that 70 to 80 per cent of the people we arrest, [that] disrupt or commit an attack here, are born and raised here," he noted. "That has got to tell us something about our society – that we have got to look at why they would be prepared to do that."

The head of MI5, Andrew Parker, echoed Basu's concerns in May. He said back then that four out of five plots thwarted by police and MI5 in 2018 were conducted by homegrown Islamist extremists, describing Islamist terrorism as the biggest threat to Britain.

But Basu, himself of South Asian descent, did not agree with the notion that British Muslims should "assimilate".

He said: "Assimilation implies that I have to hide myself in order to get on. We should not be a society that accepts that."

He argued that regardless of what culture or religion a person practices, they should be able to do it "openly and still be accepting of others, and others be accepting of [them]. That is a socially inclusive society."

Basu's comments have raised eyebrows with many people, who felt that assimilation was the right way for Britain towards an integrated society.

"Neil Basu is basically saying it's ok for British Muslims to segregate themselves away from non-Muslims?" one person inquired. "This will create more fear and contempt on both sides and divide the UK into go and no-go areas."

Yes they were born and raised here, but they’re being indoctrinated with the same crap the parents were fed with in their own countries, it doesn’t take a rocket scientist to work out if they hated us in their countries, the hate flourishes in the young!https://t.co/Kq6Py3hGHx

"But how are you going to get an education when there are Muslim faith schools preaching hatred for the west and practising sexual discrimination and anti-Zionism?" another commenter wrote, referring to British-based madrassas that were found to be spreading radical teachings. "Assimilation is the oath to educating the next generation."

It’s why, as Neil Basu points out, “the majority of [Islamists] who were seeking to carry out attacks were British born or raised”. https://t.co/lWHFabLlCu

"Neil Basu says Jihadism is caused by lack of social mobility," a user said. "But shouldn't he also mention the influence of Islam and the tendency of Muslims in the UK to live in willfully insular communities?"

The counter-terrorism chief told MPs in May that he had spent his life "dealing with racism" for being wrongly identified as a Muslim.

He made the comments during a parliamentary hearing on a cross-party motion, which proposed a new definition of Islamophobia as a "type of racism".

Basu argued that this definition was too broad and would "shut down" legitimate criticism of historical or theological aspects of Islam, while potentially enabling terror suspects to undermine police investigations through legal action on the basis that they were Islamophobic.

Last month, Basu courted controversy for threatening to prosecute journalists and media for publishing secret government documents after the Daily Mail leaked the private communications of Britain's US Ambassador, Kim Darroch, leading to his eventual resignation.

His remarks caused public outrage, with MPs saying they were tantamount to justifying "state action against the media" and signalled a "slippery slope towards a police state".