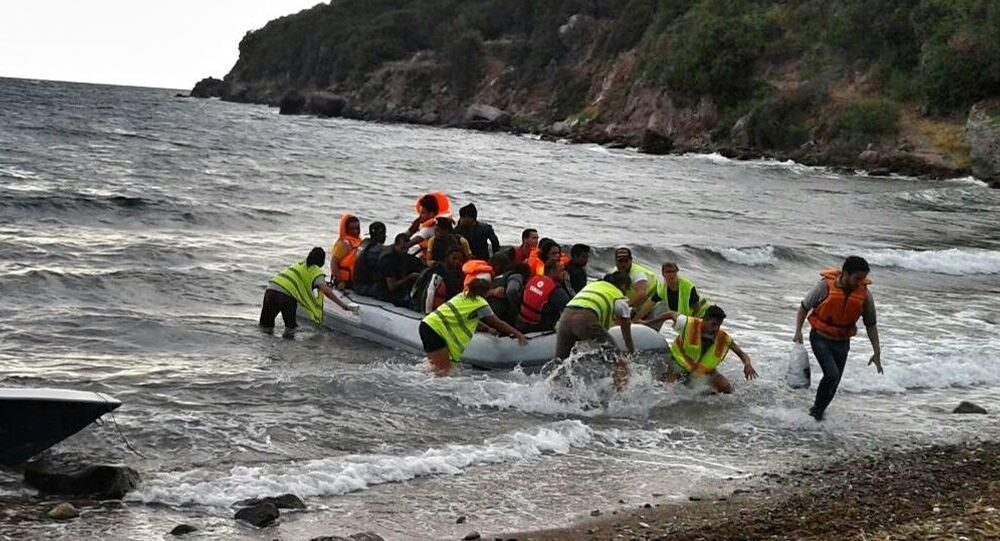 MOSCOW, (Sputnik) - The number of migrants and refugees who died or disappeared in the Mediterranean trying to reach Europe has reached 840 people so far in 2019, the International Organization for Migration (IOM) reported on Tuesday.

"Deaths recorded on the three main Mediterranean Sea routes through almost seven months of 2019 are at 840 individuals – or about 45 per cent of the 1,517 deaths confirmed during the same period in 2018", the IOM stated.

According to the IOM, since the beginning of 2019, 39,329 migrants and refugees have reached Europe via the Mediterranean, 34 percent less than the last year. Most of them have arrived in Spain (18,947 people) and Greece (13,568 people).

The Syrian Civil War has ushered multiple waves of migrants and refugees trying to reach Europe in order to escape violence, with movement peaking in 2015. However, over recent years the flow of migrants has been steadily going down due to various factors, including the winding down of the war in Syria and a number of European countries embracing a stricter border security and immigration policies.