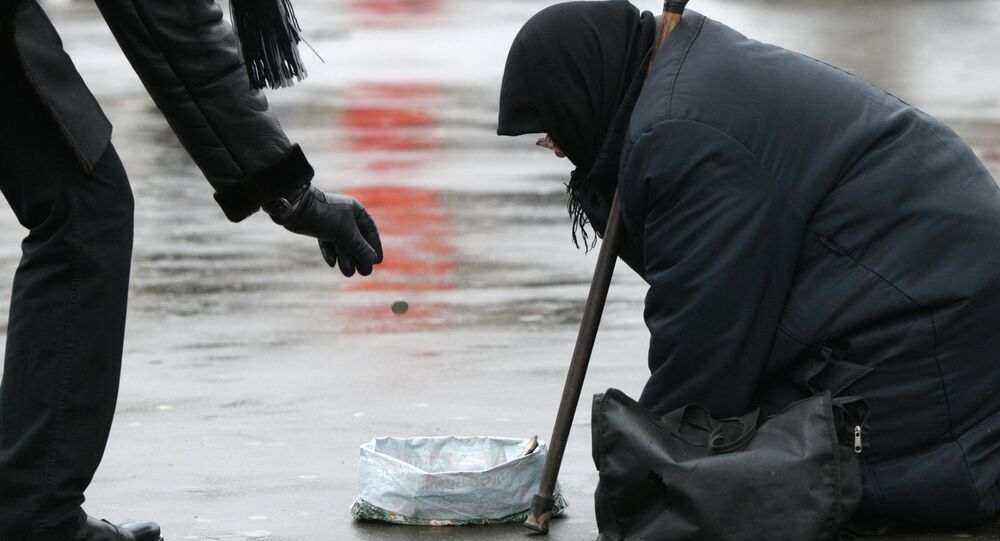 The permit is valid for three months and can either be obtained online or at police stations with a valid form of identification, and authorities will punish those begging without a licence with fines up to £342 (SEK 4,000).

Beggars in a Swedish town will be required to spend SEK £21 (SEK 250) to buy a ‘begging permit’, making it the first municipality in the country to launch the controversial initiative.

The scheme was launched by Social Democrat councillor Jimmy Jansson on Thursday and aims to ‘bureaucratise’ begging to “make it more difficult” for Swedes to ask for money.

The permit, valid for three months, can be obtained by filling in a form online or at a police station and requires a valid ID. Anyone found begging for money in Eskilstuna, west of Stockholm, without one faces a fine of up to SEK 4,000 (£342).

Mr Jansson told local media that his government will “see where this goes”, with the hope that the permit scheme will push vulnerable people to seek help from local authorities and social services.

“This is not about harassing vulnerable people but trying to address the bigger question: whether we think begging should be normalised within the Swedish welfare model,” he told Aftonbladet newspaper.

He added that he had heard “a lot of criticism of any attempts to regulate begging” but said he didn’t see the “same strength and energy directed at the fact that people are forced to beg in the first place.”

The news comes after several Swedish towns recently banned begging following a supreme administrative court decision to uphold a ban in Vellinge, a locality south of Malmö. A poll published in January also revealed that 25 communes had voted in favour of placing a ban on begging.

But NGOs have slammed the initiative for increasing opportunities for exploiting vulnerable groups, with Tomas Lindroos from the Stadsmission charity stating that criminal gangs could finance the permits to extort money from beggars.

Similar drives to crack down on begging took place in June 2018, which were blocked by Greens, the Left Party, Liberals and Christian Democrats, the Local reported, with the county administrative board overturning the decision for not being backed by Swedish law.

"If nothing can be done, the ball is in the government's court,” Mr Jansson told TT at the time, adding that around 5,000 people were “living in awful conditions, in forests and under viaducts” and that the Swedish could “choose to accept begging and see it as part of Sweden today” or “do something about it. “After we try this, we have done what we can on a municipal level within the framework of current regulations.”