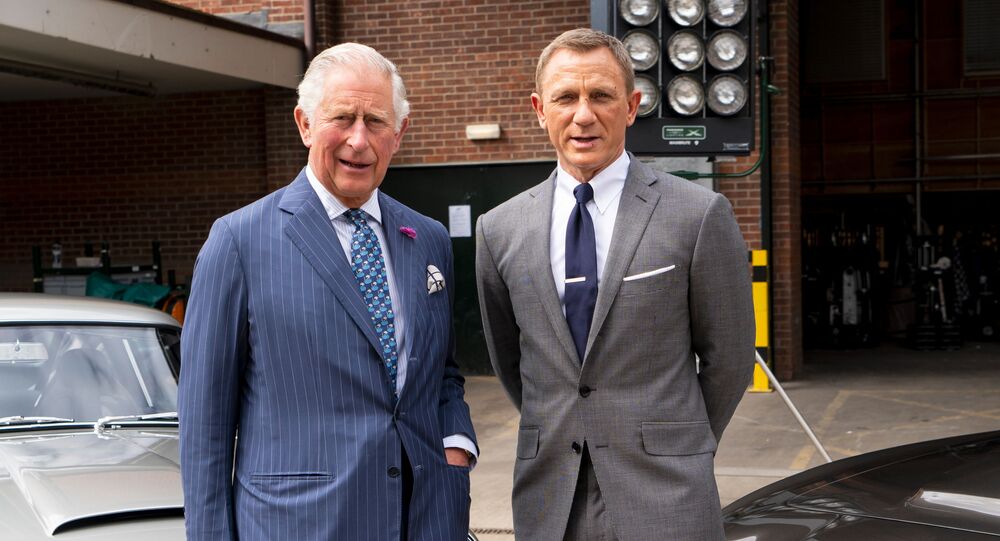 The Prince of Wales previously dropped by the set of the James Bond movie, and now it looks like the heir to the British throne might make a cameo role in the upcoming film, a local tabloid claims.

Prince Charles has been offered to guest star in the 25th James Bond movie. He apparently received the invitation when he visited the film set a few weeks ago where he met "MI6 007 agent", Daniel Craig, The Sun reported.

"They loved the buzz around the Queen's appearance alongside Daniel Craig and think Charles could top even that. He is the epitome of everything British, perfect for a cameo role and Bond fans worldwide would absolutely love it. When he visited the film set a few weeks ago, it was discussed. Now he is considering it", a source close to the production team told the tabloid.

The insider further revealed that the movie had suffered major setbacks, including Craig injuring his ankle, and the royal's appearance might be just what the doctor ordered.

"The producers are desperate to sign him", the source added.

Meanwhile, another source claims that if the Prince of Wales refuses to accept the invitation, his sons, William and Harry, who made a cameo as Stormtroopers in Star Wars: The Last Jedi, might be next in line.

"Charles is a patron of both the British Film Institute and the intelligence services, so a role in the 25th Bond would be particularly appropriate for him. Any confirmation of a cameo is likely to be kept top, top secret. But if Charles doesn’t go for it Harry and Wills could be in producers sights next".

If Prince Charles chooses to go ahead with it, he would be following in his mother's footsteps as well: years ago, Queen Elizabeth II played a starring role in Danny Boyle's homage to the movie for the 2012 Olympics in London.