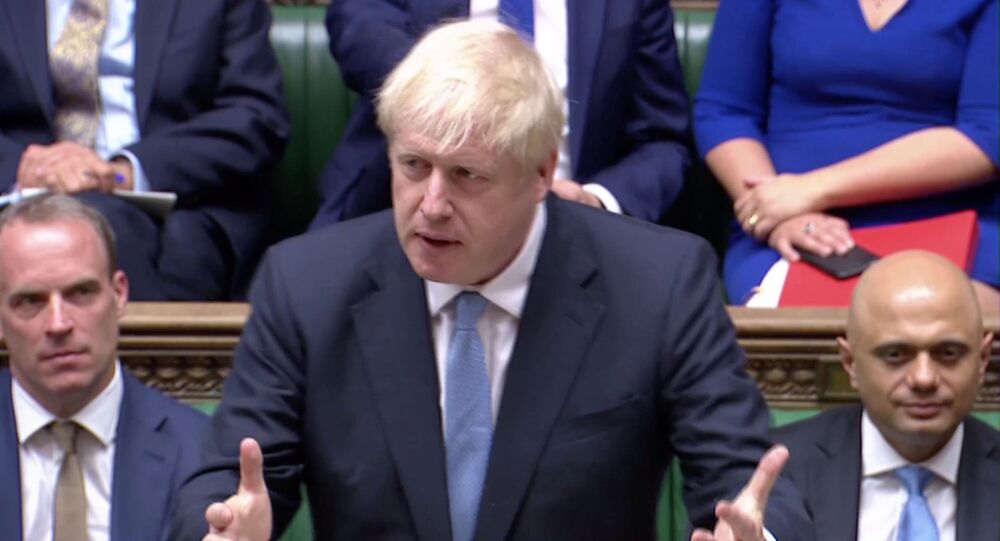 The Conservative government had previously promised a £20 billion annual injection into the National Health Service (NHS). During the 2016 campaign to leave the European Union, Boris Johnson assured voters that £350 million a year could be spent on the NHS, but which is currently being sent as payment to Europe.

UK Prime Minister Boris Johnson declared on Sunday that he will give the NHS an injection of up to £1.8 billion in an effort to meet promises made during the "Leave" campaign, as reported by Reuters.

A government source reportedly said that the pledge made by the preceding Theresa May government to give a £20 billion a year boost to Britain's public health service by 2023 will begin early.

Despite criticising the Labour Party's spending promises, declaring that there is "no magic money tree", the May government said that the 20 billion "Brexit Dividend" would require an increase in taxes to support.

As a leading figure in the 2016 "Leave" campaign to exit the European Union, Boris Johnson emphasised the potential of £350 million which could be spent annually on the NHS instead of being sent to Europe.

Johnson wrote in The Sunday Times that extra funding to the NHS would alleviate "the delays, the cancellations".

“Which is why I am so determined to deliver now on the promises of that 2016 referendum campaign: not just to honour the will of the people, but to increase the cash available for this amazing national institution”, he said.

Citing "strong economic performance" as the means to increase healthcare funding, the prime minister declared his aim "not just to honour the will of the people, but to increase the cash available for this amazing national institution".

The declaration has been met with suspicions of an early general election.

According to The Sun, Shadow Health Minister for the opposition Labour Party Jon Ashworth said that he believes the Conservatives are putting themselves on election footing.

He also doubled-down on Labour's commitment to oppose a no-deal Brexit while speaking to Sky News, saying that “there will be opportunities for us when Parliament returns in September to stop no deal".

Aside from calling a snap election, a vote of no confidence in Parliament would be the only alternative to achieving the Labour Party's declared goal of securing a general election.

With the Conservative working majority falling to just 1 parliamentary seat, and various Tory rebels declaring opposition to a no-deal Brexit, it is possible that a vote of no confidence could pass.

However, special adviser to Boris Johnson and chief manager of the Leave campaign Dominic Cummings said that the Prime Minister may declare a snap election after the official 31 October deadline if he were to lose a vote of no confidence, as reported in The Sunday Telegraph.

Extra funding for the NHS prior to the election could stymy accusations by the Labour Party that the Conservatives are cutting funding to healthcare and would be willing to accept US pharmaceutical giants buying up Britain's health service in an attempt to secure a trade agreement with US President Donald Trump.