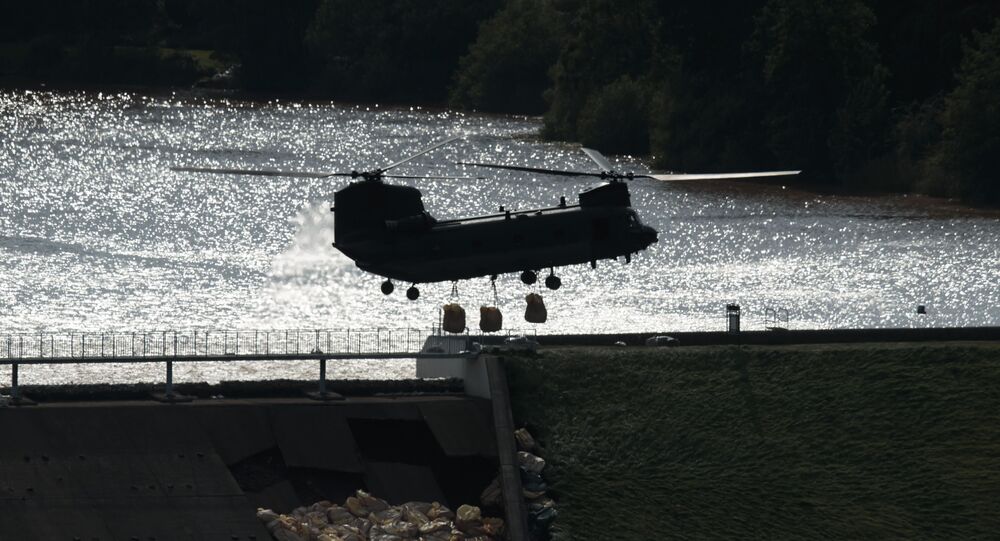 Over 1,000 people were evacuated from the town of Whaley Bridge in the UK Midlands on Thursday after heavy rains caused damage to the local Toddbrook Reservoir, stoking fears that the dam could collapse.

Emergency services have ramped up rescue efforts in central England to prevent a dam that was damaged in heavy rain from collapsing near the town of Whaley Bridge in the district of Derbyshire. New pumps have been brought to the area to further reduce the water levels at the reservoir.

Environment Minister Thérèse Coffey has stated that the situation remains "critical" and called on evacuees not to return to their homes.

Such sad #flooding around many parts of the country this week. My thoughts, and I know those of all my @EnvAgency colleagues, are with everyone who’s been affected.
There still remains a real risk to life in #WhaleyBridge where a Severe Flood Warning is in force. pic.twitter.com/5kEgySRwSZ

​Parts of the ​Toddbrook Reservoir crumbled on Thursday after a heavy downpour hit the area. Workers have been dispatched to the site to contain the collapse of the 300-million-gallon structure.

Following the damage, nearly 1,500 residents of the nearby town were evacuated for fears the dam could collapse and flood the area. They were allowed to return briefly on Friday evening to collect any vital items or pets.

On Friday, Prime Minister Boris Johnson visited the area, vowing a "major rebuild" of the reservoir, while admitting that the damage to the dam was "pretty scary".

The reservoir was built in 1840-41 and has had a history of leakage, according to the Environment Agency.