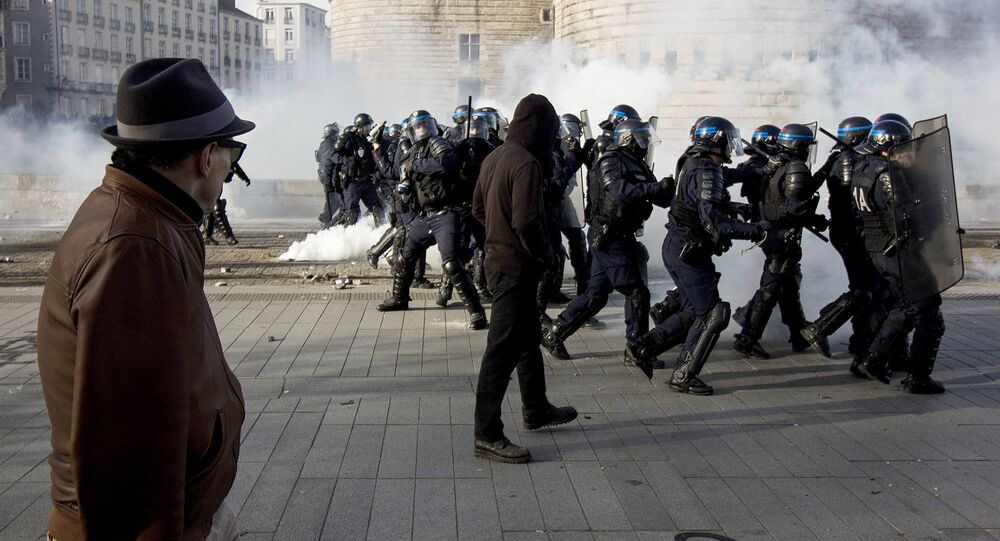 Protesters hold a march of silence in Nantes on Saturday following the death of Steve Maia Canico, who disappeared during a music festival in June amid a police raid that resulted in clashes with techno fans.

At least 34 people were detained at a rally decrying police violence in the city of Nantes in western France, the prefecture of the Loire-Atlantique department, where Nantes is located, tweeted.

The prefecture added that a police officer was attacked and subsequently injured by a protester. The perpetrator was arrested.

Earlier in the day, BFMTV reported citing local authorities that at least 30 people were apprehended by the police in the French city of Nantes on Saturday, 3 August.

​About 1,700 protesters took to the streets on Saturday following the death of Steve Maia Canico, who went missing during a music festival in June amid a police raid that resulted in clashes with fans.

French police have used a water cannon and tear gas to disperse the crowd at a march of silence in Nantes.

The body of the young man who drowned in the Loire River was discovered on Monday, prompting accusations of police brutality causing his death, because many festival-goers were allegedly forced into the river by officers, who used batons and tear gas.

French authorities reportedly said they will stop disturbers of the peace from accessing the city centre after the Yellow Vests movement said they would join the event.

The wave of Yellow Vests rallies started in the country in mid-November over planned hikes in fuel taxes. While the government has abandoned its plans to raise the taxes, people continue to take to the streets across France every weekend protesting against the current government's policies.