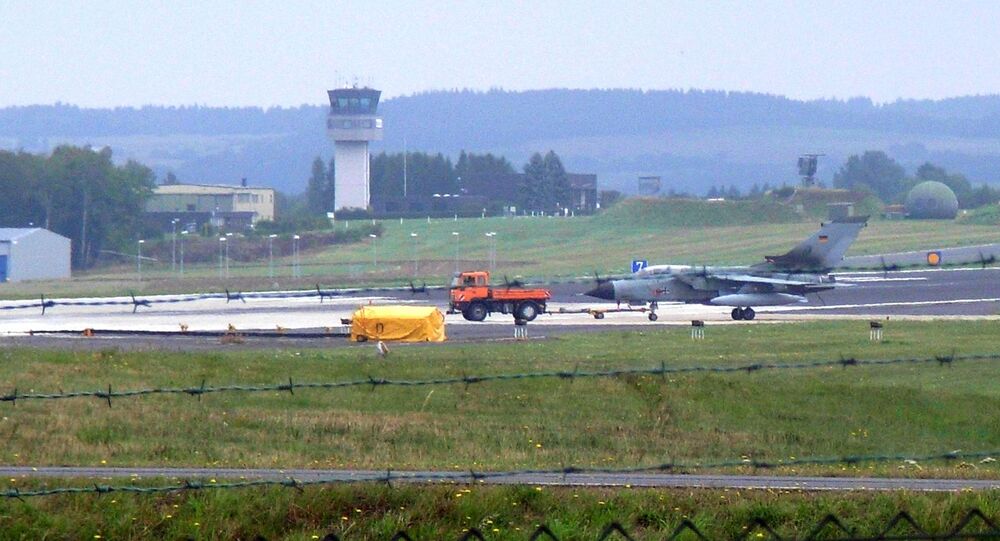 Washington formally withdrew from the Intermediate-Range Nuclear Forces (INF) Treaty on 2 August after accusing Russia of violating it. Moscow also had questions about US compliance and has announced a reciprocal response to the White House’s decision.

Member of German Bundestag for the Left Party Andrej Hunko has expressed concern over the collapse of the INF treaty, saying that it may lead to a new arms race and the deployment of new American nuclear missiles on German territory.

The US and NATO previously assured that American nuclear weapons wouldn't be deployed in Europe after the INF collapse, but Hunko pointed out that Washington still hasn't removed the ones that it has in Germany, despite Berlin's request that the US do so.

"The Büchel Air Base still has US nukes deployed, despite longstanding attempts to reach an agreement on their withdrawal. [There is] great concern that new missiles could be deployed there now and we must prevent it at any cost", the German lawmaker said.

His ideas were partially echoed by another lawmaker, Nils Schmid of the Social Democratic Party, who said that a new arms race with Russia is not in Berlin's interests. Schmid also called for international arms control efforts to be stepped up.

"First and foremost we are talking about the resumption of a dialogue between the nuclear states. This alone will be of value in times of mistrust. Europe and Germany must call on these talks and promote them with specific offers, while at the same time preventing a new arms race", he said.

The German lawmakers' statements come in the wake of the formal US withdrawal from the INF Treaty on 2 August 2019, which was carried out under the pretext of alleged Russian violations of it and reports that the Pentagon would be conducting a test of a new non-INF compliant missile within weeks or months. The missile is reportedly being developed to counter Russia and is expected to be deployed in Europe.

Moscow has repeatedly warned the US against deploying weapons in Europe, noting that these deployments would be automatically targeted, as they pose a potential threat to Russia.

Russia has slammed Washington's decision to withdraw from the accord and delivered a reciprocal response by abandoning it in July 2019. Notably, Russia too had questions about US compliance with the INF Treaty, especially in light of the use of medium-range missiles and strike drones, as well as the deployment of MK41 Aegis Ashore launchers in Europe, which are capable of launching INF-violating Tomahawk missiles.

The INF Treaty was signed between the US and USSR in 1987. The accord banned the development and production of missiles or "weapon-delivery vehicles" that operate at ranges between 500 and 5,500 kilometres and ordered the destruction of existing ones.