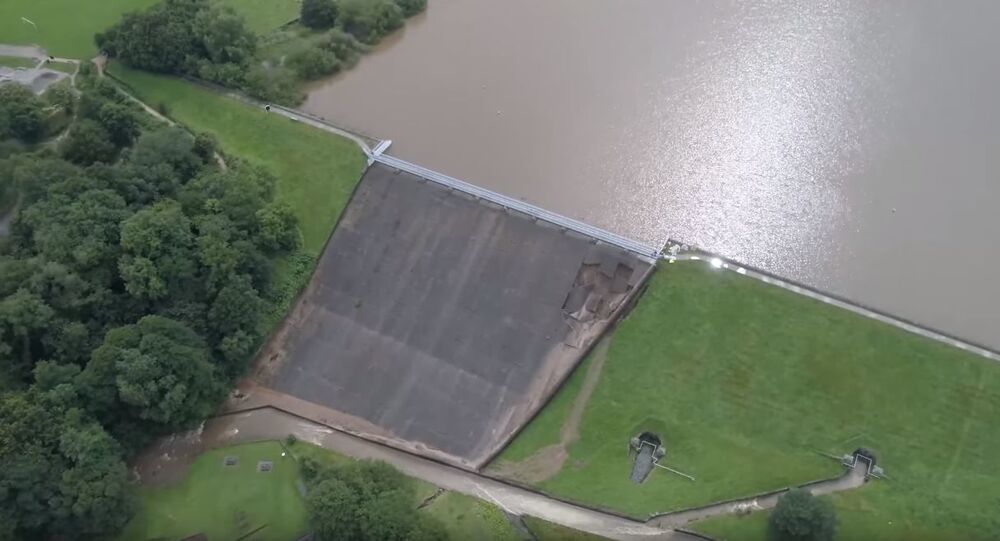 A UK dam has reportedly sustained significant structural damage due to heavy rains, and engineers fear it could be hours away from collapse.

Residents of the UK town of Whaley Bridge, located in the vicinity of Toddbrook Reservoir, were told to evacuate immediately or face arrest over fears of the imminent collapse of a dam that holds some 300 million gallons of water.

Holy crap. The dam wall in whaley bridge is in risk of collapse.
Homes and businesses are being evacuated 😳 pic.twitter.com/DArwAOqEJi

​Engineers discovered significant damage following heavy rains that have battered the region, warning that the dam is on the brink of collapse, The Daily Mirror reported Thursday.

Loads going out from #townandcountryaggregates to reinforce #whaleybridge dam, relentless work and still positive faces all round 💪🏽 pic.twitter.com/uX6osMS9Ph

​According to the report, an expert said it is a matter of “hours” before the dam will be “fully broken,” which is likely to cause massive flooding that can kill residents.

The Dam Wall at Toddbrook Reservoir in Whaley Bridge this morning, looks like Barnes Wallis and @OC617Sqn has had a pop at it. @BBCNews pic.twitter.com/gtnFExZ9Gs

​"The spillway for the dam has broken away,” Julie Sharman, chief operating officer of the Canal and River Trust, said, according to BBC. "We are trying to lower the level of the water in the dam in order to reduce the risk of further erosion. There's a risk the dam could break."

Our dam has broken, if you live near the park or in the centre of #WhaleyBridge there's an evacuation in place. Doctor has now cancelled or moved appointments to Chapel if you can get there but our roads are closed at Tesco and Horwich End. pic.twitter.com/Gv6Mg8SylR

​The UK Environment Agency issued a warning saying there is a serious “danger to life” in Whaley Bridge, Derbyshire, ordering some 6,500 residents to “get out ASAP.” Derbyshire police are conducting an evacuation in the nearby areas of Runess Vale and New Mills, the report says. A police force representative called the situation an “unprecedented, fast-moving emergency.”

Police say evacuated residents must arrange their own lodging, as space is limited. Some local pubs and community halls offered to accommodate evacuees, BBC report says.

The evacuation caused gridlock on adjacent roads as people have reportedly begun abandoning their vehicles.