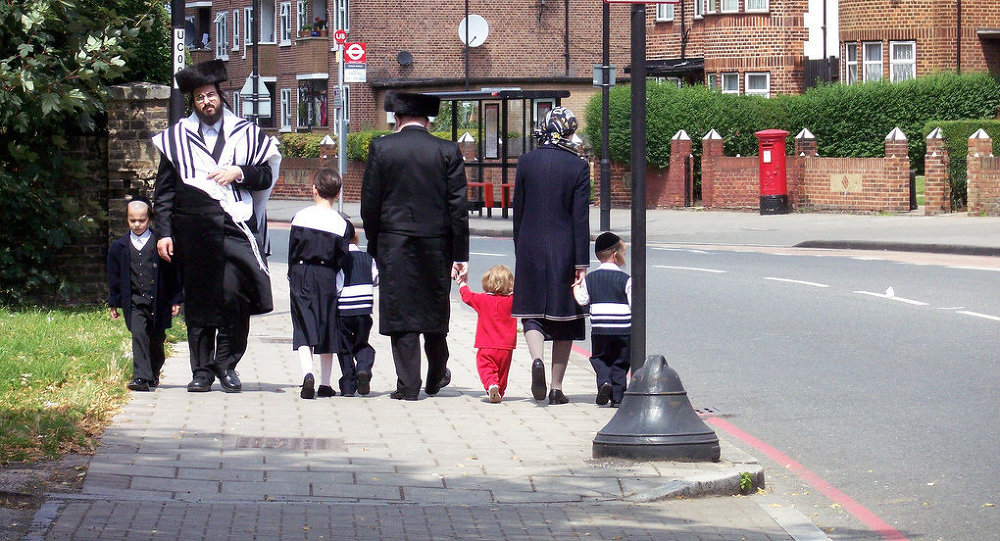 Almost two-thirds of the incidents took place in Greater London and Greater Manchester, home to the UK’s two largest Jewish populations in the UK, although incidents there fell by one percent year-on-year – conversely, Hertfordshire, Merseyside, Gateshead, Leeds, Birmingham and Wales all recorded incidents.

Jewish support group Community Security Trust has documented a record number of anti-Semitic incidents in the UK during the first six months of 2019.

The organisation, which provides security for the British Jewish community and monitors anti-Semitism, identified 892 incidents January - June, a 10 percent increase on the same period of 2018, a total which also represented a record high.

A further 270 reports of potential incidents were received by CST in the first six months of 2019, but were not deemed to be anti-Semitic and are not included in the total.

CST recorded 892 antisemitic incidents in the first six months of 2019 – a jump from the 310 recorded five years ago in the first half of 2014 #AntisemitismIn2019 https://t.co/iCXMioqHk5

​Many of these potential incidents involved suspicious activity or possible hostile reconnaissance at Jewish locations, criminal activity affecting Jewish people and building, and anti-Israel activity that didn’t include antisemitic language, motivation or targeting.

However, CST said the figures likely understated the true scale of the problem, particularly in respect of social media, which accounted for over a third of the incidents it logged, as campaigns directed at individuals online could consist of hundreds or even thousands of tweets, images or posts, but be recorded by the trust as a single incident.

“This is the third year in a row that CST has seen an increase in reports of antisemitic incidents. The problem is spreading across the country and online, it reflects deepening divisions in our society and it is causing increasing anxiety in the Jewish community. It will take people of all communities and backgrounds standing together to turn this tide of hate around,” said CST chief executive David Delew.

The number of violent antisemitic assaults rose from 62 in the first half of 2018 to 85 in the same period of 2019, although none were classified by the Trust as “extreme violence”.

There were 38 cases of damage and desecration of Jewish property, 710 of abusive behaviour (such as verbal abuse, graffiti, abuse via social media and one-off cases of hate mail), 49 direct threats and 10 cases of anti-Semitic leaflet or email campaigns.

In February, 25 of the 182 antisemitic incidents were examples of, or related to arguments over, allegations of antisemitism in Labour. In March, 30 of the 169 incidents recorded were linked to the issue of Labour Party antisemitism #AntisemitismIn2019 https://t.co/6aHi4XUOyg

​Moreover, a total of 62 public figures were targets of anti-Semitic abuse, as well as 102 Jewish community organisations, events and commercial premises.

The highest monthly totals were recorded in February and March, with 182 and 169 reported incidents respectively – the CST notes these months also saw prominent reporting of issues relating to Jews and antisemitism due to the Labour party’s anti-Semitism ‘crisis’. In the two months, CST recorded 55 incidents specifically related to allegations of anti-Semitism in the Labour party.

The trust, which has recorded anti-Semitic incidents in the UK since 1984, has shared its biannual findings with the National Police Chiefs’ Council for the past four years. Commenting, NPCC Lead for Hate Crime, Assistant Chief Constable Mark Hamilton said it was never acceptable to abuse someone because of their ethnicity or religion, yet “we see there are still far too many in our society who are prepared to act illegally, fuelled by global events, divisions in our own society or by bigoted ideologies”.

“It’s always concerning to see indicators of increased hate crime, unless we are confident they reflect better reporting or recording. We’ll be working with analysts when national crime data is released in Autumn to establish whether these increases reflect a greater incidence of hate crime or further improvements in reporting levels. Evidence from hate crime statistics and the national crime survey over the last decade suggest more hate crime victims are willing to report crimes when they do occur. However, we cannot be complacent and a single crime is unacceptable,” he concluded.