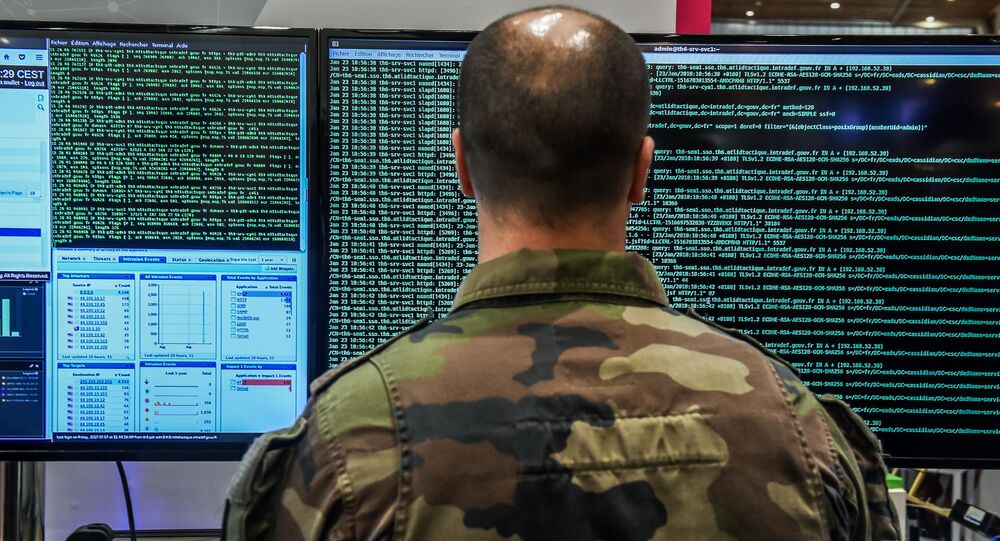 'War of Tweets?': UK Army to Engage in Cyberwarfare, Operations on Social Media to Counter Russia

London, along with the US and other western states, has repeatedly accused Moscow of using social media platforms to sow discord and division in the West, while presenting no proof to substantiate the claims. Russia has denied these accusations on multiple occasions.

The British Army has decided to assemble experts in cyberwarfare and intelligence to form a 14,500-strong 6th Division that will focus on countering Russia's alleged "malign activity" online, as well as cyber threats coming from groups like Daesh*, The Telegraph reported.

According to Commander of the Field Army Lieutenant General Ivan Jones, cited by the newspaper, the new force will be engaging in "information warfare" in a bid to influence not only British adversaries, but also public opinion. Jones brought up recent scandals involving a UK contingent in Croatia as a justification for the move. According to Croatian media reports some British servicemen had unsuccessfully attempted to abduct a minor and were confronted by local residents.

"What happened was that a handful of incidents that happened after the exercise, regrettable stories of soldiers accused of vandalism or urinating in public, were exaggerated online locally and began to appear in local media. We need people on the ground from the new 6th Div who can quickly counter that", Jones said.

The 6th Division will not just be reacting to "attacks" against the UK on social media, but conducting its own "proactive" offensives, The Telegraph noted. The media outlet cited unnamed army sources, who claimed that deliberate disinformation campaigns, which were organised on Daesh*-controlled territories in the past, yielded "great effect" in damaging the terrorist organisation's positions, but failed to give any specifics.

Jones stated that the new army formation would operate "above and below the threshold of conventional conflict", as, according to him, the boundaries between conventional and unconventional warfare have become barely distinguishable.

The UK, along with many other western states, have repeatedly accused Russia of organising disinformation campaigns on social and regular media platforms, although Moscow has repeatedly denied doing so, pointing out that no credible proof was presented to substantiate such claims. London, in particular, claimed that Moscow had used internet trolls to affect the outcome of the Brexit referendum.

The investigation of these claims, however, yielded no proof with then Foreign Secretary Boris Johnson saying that no signs were found that Russia meddled in the 2016 vote. Furthermore, internal probes by both Facebook and Twitter also didn't reveal any organised campaign to affect the Brexit referendum's outcome.

The latest move against the Russian media involved the UK Foreign Office denying accreditation to Sputnik and RT for the Global Conference for Media Freedom over allegedly "spreading disinformation". Moscow slammed the decision arguing that it's impossible to conduct a conference on media freedom, while banning journalists from it at the same time.

In a separate incident, British broadcast regulator Ofcom imposed a fine on Russia-based RT for allegedly breaking the rules by "failing to preserve due impartiality" in its news programmes.