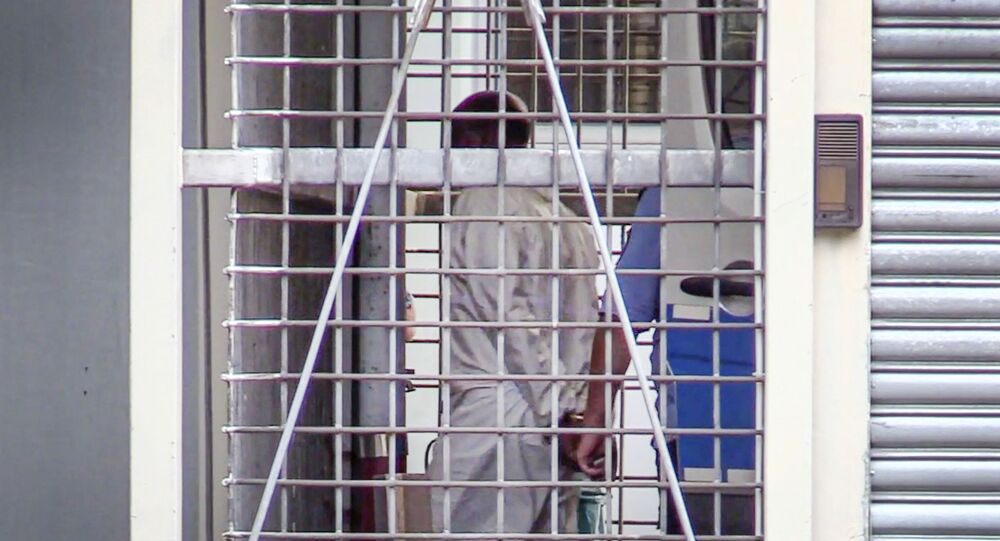 Germany has been shaken after a mother and her son were allegedly pushed in front of an approaching high-speed train in Frankfurt. As the investigation continues, new details about the suspect, a 40-year-old Eritrean who illegally arrived in Switzerland in 2006, have emerged.

Forty-year-old Eritrean Habte Araya, who is facing charges for the murder of an 8-year-old boy and the attempted murder of his mother and another woman in Germany, had “psychological problems” and received treatment, according to Swiss prosecutors. As the local police indicated, the suspected attacker’s home has been searched but no “evidence pointing to his radicalisation or any ideological motives” has been found.

The head of the German police stated that last week the suspect had locked up his wife and 3 children as well as threatened a female neighbour with a knife, shutting her up inside her home in Zurich, where he lived. Following the incident, the authorities issued a warrant to detain him, but the information about him was not added to the European or German databases. How exactly he fled to Germany, where the tragedy played out earlier this week, is still being investigated.

At the same time, the wife and the neighbour were surprised by his violent outburst, noting that they had never seen him like this before the attack. The suspected attacker was even featured in a Swiss brochure on the positive examples of integration, several media outlets report. The man, who arrived in Switzerland in 2006 illegally and received a residence permit there several years later, was presented as a success story in the annual report by the Swiss Workers' Assistance Organisation, Switzerland’s Tages-Anzeiger revealed.

"He was characterised by strong perseverance and a great work ethic”, Laetitia Hardegger, representing the group, said.
On Monday morning, as witnesses later claimed, the man had deliberately pushed the boy and his mother under the train.

he mother was able to roll off the tracks but her son died in the incident; the man also tried to push a 78-year-old female passenger under the train. He then attempted to run away but was tackled to the ground by other passengers while nearby travellers screamed in horror. The suspect, if found guilty, could face life behind bars, according to prosecutors.

The tragedy in Frankfurt has stirred up renewed debates around Germany’s migration policy. Shortly after the tragedy, co-leader of the right-wing party Alternative for Germany Alice Weidel slammed the German government’s 2015 open border policy for endangering people.

“The horror of this crime can hardly be beaten. What else needs to happen? Once and for all protect the citizens of this country instead of this boundless welcome culture!” she tweeted.

The tweet, however, was immediately branded “appalling” by Green MP Konstantin von Notz, who accused the right-wing politician of exploiting the tragedy for political purposes.

“To connect the harrowing crime in Frankfurt with the 2015 refugee crisis in order to profit from it, is glaringly false and politically simply the most extreme level of disgusting – though it’s clearly part of the AfD’s method”, he said on social media.

In the meantime, German interior minister Horst Seehofer, commenting on the issue, has said that “the country is polarised” and noted that “the feeling of security in the population is very strained right now” despite declining crime rates. He insisted that the German government “cannot allow either the exploitation or the downplaying of crimes by immigrants”.

Murder Case Opened in Germany Against Eritrean Accused of Pushing Mother, Child in Front of Train