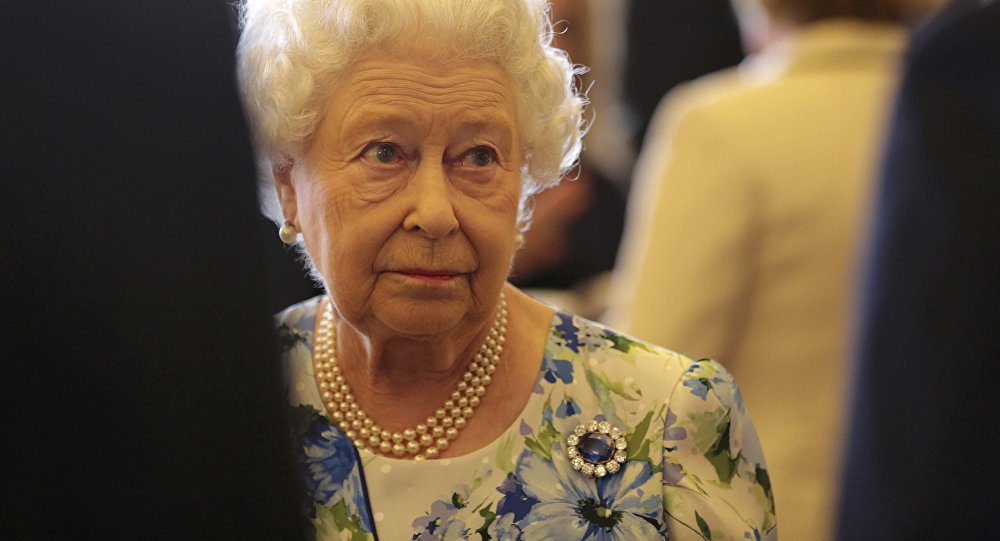 Tensions between the British government, Northern Ireland, and the Republic of Ireland have been enflamed since the vote to leave the European Union in 2016 regarding the establishing of a hard border in Ireland if a no-deal situation were to occur.

All portraits of the Queen and the Duke of Edinburgh have been removed from the The Northern Irish Office (NIO) in Belfast on Wednesday following a complaint from a civil servant who claims he was offended by having to pass images of the Queen, according to the BBC.

After the complaint was issued, the employee was reportedly asked what images they would prefer, photos of the Queen or of Irish Republican champion and First Minister of Northern Ireland Martin McGuinness. The report did not clarify whose portraits servants chose but all photos of the Queen have now been removed from the buildings interior.

Unionist figures and politicians have responded with frustration to the decision.

A statement from Lord Maginnis in the House of Lords on the 12th July saw the revelation of the issue, that £10,000 had been issued in payment to the employee.

Lord Rogan later reiterated his anger in the House of Lords.

He asked if the government would be able to establish a criteria on what portraits could exhibited in official NIO offices and to confirm that Maginnis's complaints were true.

However, NIO Minister Lord Duncan explained that the office was acting consistently with the Equality Commission's guidelines citing sensitivity to other of the communities and considering "any concerns raised by employees,"

The news comes amid tensions between Northern Ireland and Westminster regarding Brexit.

Northern Ireland adamantly opposed the erection of a hard border in Ireland given fears of a return to violence.

However, the EU withdrawal agreement (WA) requires keeping Northern Ireland in the Customs Union and partly in the Single Market in order not to break the economic alignment agreed to by all sides in the Good Friday Agreement (GFA).

Since the ascension of Boris Johnson to the position of Prime Minister, Britain has refused to renew negotiations with EU officials unless the Irish backstop is reconsidered.

Boris Johnson also said he would be willing to follow through with a 'no-deal' Brexit which would see the entirety of the UK, including Norther Ireland, leave the EU with zero agreements for trade or tariffs. Leaving the Irish situation up in the air and potentially dangerous.

The Good Friday Agreement allows for a referendum on a border poll on reunification with the rest of Irland, which would allow the six counties to retain EU member status as part of the Republic of Ireland.

The ruling Conservative and Unionist parties however are dedicated to maintaining the integrity of the union.

However, the leader of the Her Majesty's Opposition and the Labour Party Jeremy Corbyn is a long-term advocate of Irish reunification and if elected has said he could offer a referendum.